Air Pollution Is Still Killing People in the United States

Air pollution continues to drive premature deaths in the United States with no level of exposure leaving humans unaffected, according to new research.

The study, published in the New England Journal of Medicine, found a strong correlation between mortality and exposure to the pollutants ozone and particular matter, both of which contribute to smog. The higher the concentration of the pollutants in the air the higher the chance of an early death, according to the research.

While air pollution levels in the U.S. have declined significantly in recent decades thanks to regulation — including the Clean Air Act — many cities and regions still struggle to meet air quality standards set by the Environmental Protection Agency (EPA). But the new research suggests that even those standards may not be stringent enough: Air pollution contributes to premature mortality even below those levels.

“We think air quality in the United States is good enough to protect our citizens,” Joel Schwartz, a professor at the Harvard School of Public Health who authored the study, said in a statement. “In fact we need to lower pollution levels even further.”

The study joins a growing body of research showing the deadly effects of human exposure to air pollution at any level. But while researchers behind many recent studies have relied on relatively small data sets, the new study used data from more than 60 million Medicare beneficiaries between 2000 and 2012.

Air pollution has received the most attention in the developing world, and for good reason. Recent research published in the journal Nature estimated that air pollution leads to more than three million deaths annually. But research has also showed that tens of thousands of people in the U.S. face an early death because of exposure to air pollution.

The Trump Administration has promised to focus its environmental efforts on “clean air and clean water,” but has also sought to undo or defund many of the programs that address those issues. At President Donald Trump’s direction, the EPA has begun a process to undo rules regulating power plant emissions, which contribute to a variety of health ailments, in addition to climate change. The Trump budget proposal also includes funding cuts for EPA programs across the board. “Despite compelling data, the Trump administration is moving headlong in the opposite direction,” scientists wrote in a New England Journal editorial accompanying the study. “We must redouble our commitment to clean air. If such protections lapse, Americans will suffer.” 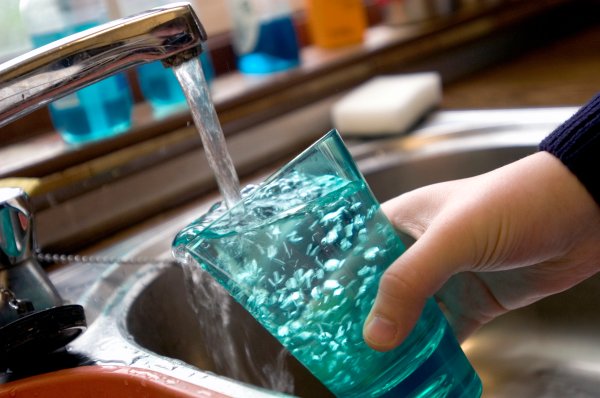 Drinking Water for 15 Million Americans Is Contaminated With a Toxic Chemical, Report Finds
Next Up: Editor's Pick