Journalists lay out the credentials of their murdered colleagues during a demonstration at the Attorney General's Office of Jalisco on May 16, 2017 in Guadalajara, Mexico following the murder of Javier Valdez Cardenas.
Leonardo Alvarez—LatinContent/Getty Images
Ideas
By Don Winslow
Winslow is the author of The Cartel and The Force

On May 15, 2017, journalist Javier Valdez Cardenas left his office in his native Culiacan, a city that is the very heart of the Sinaloa Cartel. Valdez had dedicated his career to covering the drug trade and the corruption of police and politicians that went with it. He and a few colleagues had founded Riodoce, a weekly publication dedicated to the topic. He had written books. In 2011, the Committee to Protect Journalists awarded Valdez its International Press Freedom award for “courageous journalism.”

Yeah — writing about the Sinaloa Cartel while living and working in Culiacan requires a kind of courage that is almost incomprehensible. He had been threatened with death, his offices attacked with grenades.

That Monday morning in May, Valdez got into his car and was only a block from the Riodoce office when gunmen stopped his car and shot him twelve times. Valdez was fifty years old.

He was not the only journalist murdered that day. Hector Jonathan Rodriguez Cordova, a reporter for La Unesco, was killed in Jalisco, the base of the New Generation Jalisco Cartel.

But it had already been a bloody, tragic spring for Mexican journalists: Carlos Alberto Garcia Martinez killed in Colima, Cecilia Pineda Birto in Guerrero, Ricardo Monlui Cabrera in Veracruz, Miroslava Breach Velducea in Chihuahua, Maximino Rodriguez Palacios in Baja, Juan Jose Roldan in Tlaxcala, Filiberto Alvarez Landeros in Morelos — and the slaughter of journalists by narco-traffickers wouldn’t stop. Three days after the murders of Valdez and Rodriguez, Michoacan television reporter Salvador Adame Pardo disappeared. He has not been found.

Nor, sadly, was the spring of 2017 exceptional.

In 2015 I published a book, The Cartel, about the drug wars in Mexico. The novel was dedicated to Mexican journalists who were killed or had “disappeared” during the five years it took me to write the book. The dedication listed 131 names. Since then, at least 39 more journalists have been murdered.

Miroslava Breach, 54, was shot eight times in her car while pulling out of her driveway to take one of her children to school. The child was unharmed, if you can call watching your mother bleed to death in front of you “unharmed.”

The killers left behind a manta — a note: “For being a loudmouth.”

Breach was the Chihuahua correspondent for the national newspaper La Jornada and also a contributor to the Ciudad Juárez paper El Norte. After Breach’s death, El Norte published an announcement that it was shutting down because it didn’t want to see any more of its reporters killed. The headline read, “Adios!”

That’s what’s behind the cartels’ murders of journalists — they are trying, with some success, to shut down the free press.

The cartels, like other terrorist organizations, have discovered that it isn’t enough to control events, that they have to control the narrative as well. Media-savvy, the cartels put out their own “press releases” on social media and use these to influence and intimidate the populations they need to dominate in order to stay in business. Independent reporters and publications are a threat to that dominance.

So the cartels have threatened and often bribed journalists to either not write stories or to write the version that the particular cartel wants told. If threats and bribes don’t work, the cartels resort to murder and kidnapping. Some journalists have been complicit with the cartels, but most often the bribes aren’t optional. The choice is to take the money — usually a weekly envelope — or be killed. Other journalists have been caught in an impossible bind between two rival cartels demanding conflicting versions of stories — either way the reporter writes the story might get him killed.

Cartels actually monitor reporters’ radios and cell phones, and after a murder, for instance, tell a reporter when — or if — he can go to the site and what facts he can report or not. Photojournalists have been tortured, murdered and dismembered for “shooting” the bodies of the wrong cartel victims. Radio and television stations have been attacked with shoulder-fired rockets.

The result has been a dunning effect on the Mexican media. Some print and broadcast outlets have simply stopped covering drug stories. Others, like El Norte, have simply shut down.

The government offers no help. Politicians have doubtless encouraged some of these murders, corrupt police officers on the cartels’ payrolls have doubtless played a role as well. The very people who are supposed to protect journalists have been their executioners.

And yet Mexican journalists — brave beyond belief — carry on, risking their lives to tell the truth. Some work for traditional newspapers, radio and television stations — others on websites, blogs and other social media. They carry on, in the tradition of Javier Valdez and so many others — that “to die would be to quit writing.” I would name them, but the sad fact is that I’m afraid to — afraid that it might spur some narco-thug to murder them.

The death of the free press is the first step in the death of democracy. With the continuous slaughter of its journalists, the already shaky Mexican democracy is walking toward the grave.

The question is whether it will go there in silence.

Winslow is the author of The Cartel and The Force. 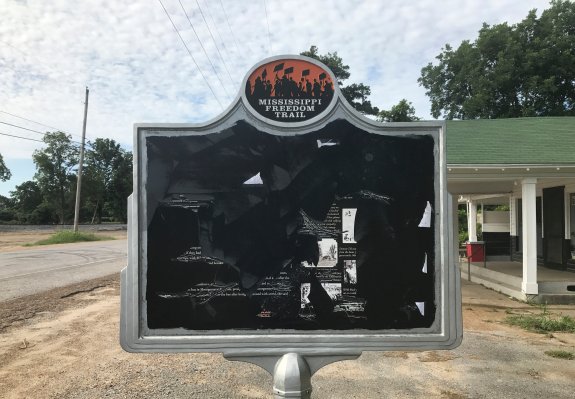 An Emmett Till Marker on the Mississippi Freedom Trail Was Vandalized
Next Up: Editor's Pick