As the Senate prepares to vote on its version of the Obamacare repeal bill — a health care package that would result in an additional 22 million people losing insurance by 2026 according to the nonpartisan Congressional Budget Office — Stephen Colbert is suggesting that Americans explore potential backup plans.

“Folks are going to have to look for alternative medical treatment like prayer, or being rich, or praying to become rich,” he joked during Tuesday’s episode of The Late Show. “In these dark days of doubt, thank goodness for Gwyneth Paltrow and her lifestyle brand, Goop.”

The host went on skewer the wellness website’s assertion that its Body Vibes’ wearable healing stickers — a 10-pack of which costs $60 — treat conditions like hangovers, lack of focus and dehydration with “the same conductive carbon material NASA uses to line space suits so they can monitor an astronaut’s vitals during wear.”

NASA has also debunked the claim. 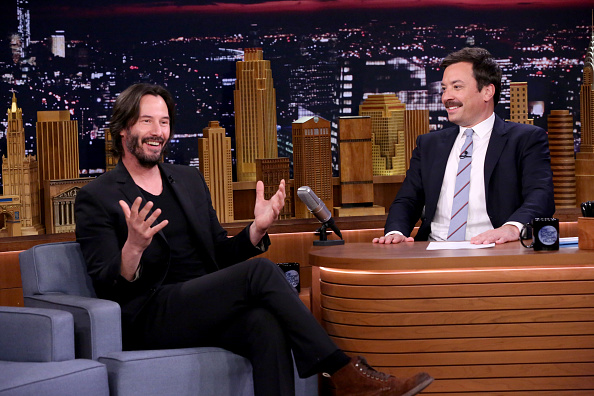 The Hilarious Reason Keanu Reeves Once Almost Changed His Name to Chuck Spadina
Next Up: Editor's Pick