Michael Moore Just Donated $10,000 to the Theater Behind a Controversial 'Julius Caesar' Production

Documentary filmmaker Michael Moore has pledged to make a substantial donation to the Public Theatre after a controversial Shakespeare production in New York’s Central Park led some major backers to pull their support.

“I’m donating my total advance pay from my B’way show to Shakespeare in the Park after conservative media bullied Corp sponsors 2 pull out,” Moore tweeted Wednesday.

Moore, the director of Fahrenheit 9/11, Sicko and Academy Award-winning documentary Bowling for Columbine, later tweeted a picture of the check, worth $10,000. He said the donation was “in support of their right to free speech.”

In a third message, Moore then called on others to support The Public Theater with donations of their own.

Conservative activists successfully campaigned for corporate sponsors including Delta Airlines and Bank of America to withdraw financial support for the theatrical company, which oversees “Shakespeare in the Park” productions.

This year’s rendition of Julius Caesar drew criticism over its portrayal of the titular Roman dictator, which bore striking similarities to President Donald Trump. Critics have claimed that the production normalizes political violence — a charge that The Public Theater has strongly denied. 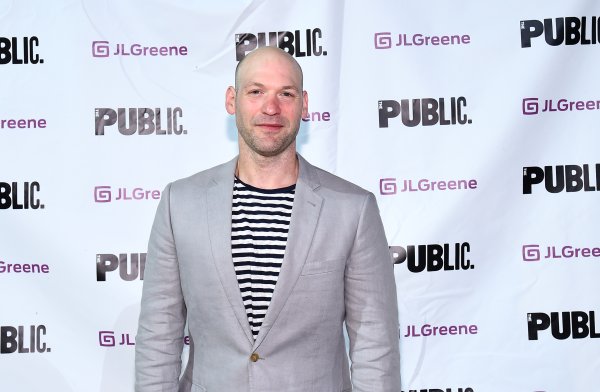 What It Was Like Onstage in the Contested Julius Caesar Show
Next Up: Editor's Pick