Drake poses on the red carpet during the 2017 NBA Awards Show in New York on June 26, 2017.
Jesse D. Garrabrant—NBAE/Getty Images
By Ryan Kilpatrick

Drake, esteemed host of the inaugural NBA Awards held Monday in New York, starred alongside comedian Will Ferrell in a hilarious sketch aired alongside the event, challenging players to up their on-court handshake game.

In the two-part sketch, Ferrel and Drake play a pair of short-fused coaches called in to share their handshaking skills, demonstrating impressive maneuvers such as the “Gossip Queen” and “Obi-Wan Kenobi.”

The Canadian rapper also appeared in a spoof of Jordan Peele’s film Get Out, and roasted a roster of NBA stars in his opening monologue, Pitchfork reports.

Hosted in Basketball City at New York City’s Pier 36 and aired live on TNT, the show also featured a performance by Nicki Minaj and 2 Chainz.

Malcolm Brogdon of the Milwaukee Bucks was awarded Best Rookie, Russell Westbrook of the Oklahoma City Thunder won Most Valuable Player of the year, and Mike D’Antoni of the Houston Rockets was named Coach of the Year. 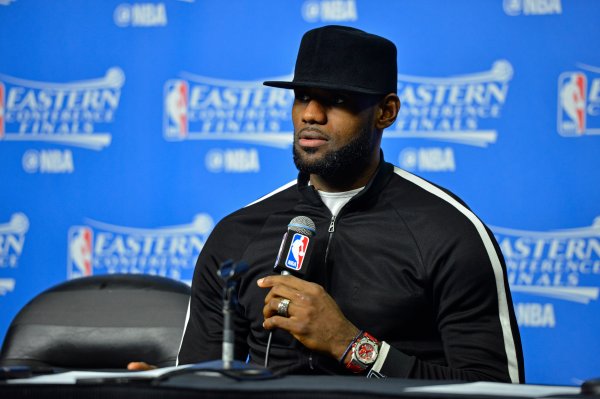