We Need Other Options to Fight Zika

Dr. Caplan is the founding head of the Division of Bioethics at New York University School of Medicine and the author, most recently, of Vaccination Ethics and Policy; Folkers is a research associate at the NYU Division of Medical Ethics.

Summer has arrived in the U.S. For many, this means trips to the beach and the ballpark. But the season’s warm weather allows mosquitoes to flourish. While mosquitoes are unwelcome visitors to a summer barbecue, they are far more than an annoyance. Mosquitoes, Aedes aegypti in particular, spread diseases like Zika, dengue, malaria, West Nile, chikungunya and yellow fever.

Zika, in particular, is here to stay as a highly dangerous warm-weather pest. The Zika virus can be detrimental to fetal development, which is why Congress passed a bill last summer that dedicated funding to vaccine development and mosquito eradication efforts.

We have long known that we need to control mosquitoes. We got rid of malaria in the United States by spraying DDT in the fifties with miserable consequences for the environment. But our zeal to croak mosquitoes by spraying poisons all over our neighborhoods and ourselves did not end back then. Spraying insecticides is still the weapon of choice, even though it might be as dangerous to human health as the Zika virus itself. [According to the CDC, the aerial spraying of insecticides does not pose a health risk to people.]

Consider what South Miami Mayor Phil Stoddard had to say about spraying in Miami. He recently wrote to residents that families with infants or who are expecting a baby should leave areas that are to be sprayed. “If one of my family were pregnant or we had a newborn, I would relocate my family west of US-1 before nightfall tonight,” he wrote.

A study published in the journal Environmental International showed that prenatal exposure to the insecticide naled (sold under the name Dibrom), which is being sprayed in Miami, causes observable motor deficits in 9-month-olds. The study examined cord blood from 237 mothers who gave birth to healthy babies in a hospital in southeast China, where naled insecticide had been used between 2008 and 2011. While the babies appeared healthy at birth, at nine months a significant number displayed motor coordination and movement problems.

Naled, despite being banned in Europe in 2012, continues to be used in aerial spraying in the United States. It is used for mosquito control following natural disasters such as hurricanes and floods. Naled is currently used in the United States by many local governments and mosquito control districts besides Miami, including the Florida Keys Mosquito Control District, the Lee County Mosquito Control District and Puerto Rico. Approximately one million pounds of naled are used every year in the U.S., 70% of which is for mosquito control. Exposure rates for you, pregnant women and your kids is high. Naled also mixes in with run-off that ends up in drinking and agricultural water supplies. [The CDC website says that when done correctly, aerial spraying does not pollute water.]

Naled’s effectiveness at reducing adult mosquito populations — the ones that bite and transmit disease — is dubious, at best. There is limited peer-reviewed data to support its widespread use. If the insecticide doesn’t reach areas where mosquitoes breed, the populations can quickly rebound. Indeed, Aedes aegypti mosquitoes, that primarily feed on humans, tend to breed within homes, abandoned buildings and in covered areas, where aerial spraying isn’t likely to reach them at all.

The use of naled over time may contribute to insecticide resistance, creating a population of disease-carrying mosquitoes that can’t be killed by naled or other types of sprayed poisons used to kill insects. Insecticide resistance is natural selection at work: If a small number of insects can survive insecticide spraying, they can pass on their unique genetic makeup that allows them to be unaffected by insecticides to the next generation. According to the World Health Organization, more than 60 countries since 2010 have reported resistance to at least one class of insecticide.

So what else have we got? There is a much greener, safer alternative. Ethically, we think Americans ought to embrace the release of biologically modified mosquitoes as the safest way to diminish the diseases that some mosquitoes cause.

Male mosquitoes in the sub-species that make us sick can be deliberately infected with a bacterium called Wolbachia that is found in the cells of some insects. When they mate with females, their eggs cannot hatch. Only females can bite humans, making the strategy of releasing males very safe for us.

Or, we could try inserting a lethal gene into male mosquitoes that ensures they will die. In field studies in Panama, the Cayman Islands and Brazil, release of these males led to as much as a 90% reduction of the Aedes aegypti population within six months. The gene that has been inserted into the modified male mosquitoes contains a fluorescent protein that allows scientists to identify and trace them wherever they go. Government agencies find no deleterious effects on human health. The World Health Organization has just signed off on their use. Knocking out Aedes Aegypti still leaves plenty of other mosquitoes around for birds and bats to eat.

If this safe, effective and green option is available, why aren’t we using it here and around the world? The answer is irrational fear of biological engineering. The fight over GMO food has spilled over to the battle against mosquitoes.

Federally funded efforts at controlling mosquito populations continue to focus on spraying. For cash-strapped state and local governments, aerial spraying is an appealing option that is familiar, cheap and more palatable to some members of the public than releasing mutant mosquitoes into the wild. But spraying naled or other poisons is a clunky, dangerous and ineffective solution to a persisting problem. Zika is here to stay; local transmission in the United States can and will happen again; and dengue, yellow fever and other diseases are lurking around the corner in our blood-sucking friends. We have an opportunity to get ahead of future public health crises by shifting to biologically modified mosquito control. Fear of change and confusion over safe techniques for modifying nature when she is out to kill us should not leave us using last century’s technology to fight this century’s mosquito-borne diseases. 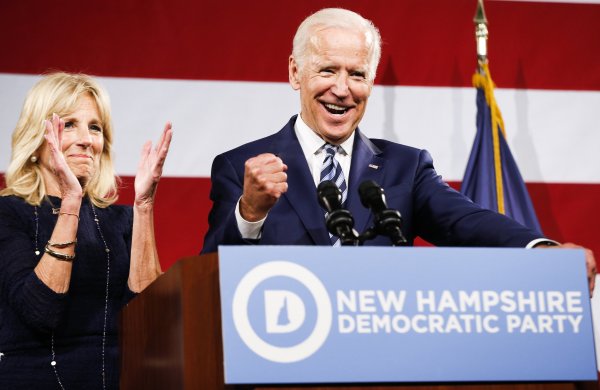 We’re Changing How We Fight Cancer
Next Up: Editor's Pick