It’s been exactly 20 years since readers around the world were first introduced to Harry Potter, the bespectacled boy wizard who lived beneath the stairs of No. 4, Privet Drive, in an imaginary England.

Read more: The ultimate Harry Potter quiz — find out which house you truly belong in

Here’s how it works: type the name of any of the four Hogwarts houses — Gryffindor, Slytherin, Ravenclaw, and Hufflepuff — into a post or comment and it appears in that house’s color. An animated wand appears when users click on the names, casting a colorful spell. 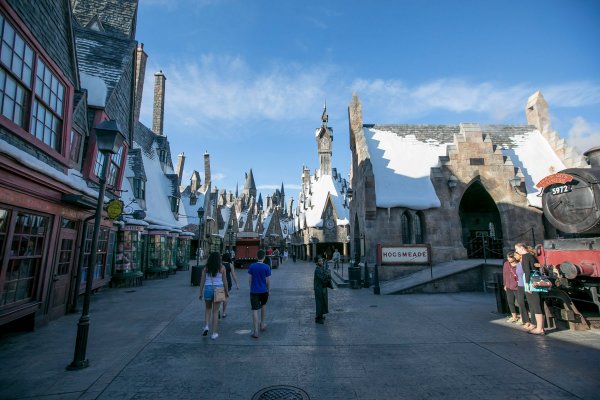 People Are Going Crazy for New Cauldron Cakes at Wizarding World of Harry Potter
Next Up: Editor's Pick