This Man Just Visited Disneyland 2,000 Days in a Row

There’s no question Disneyland is indeed Happiest Place on Earth for this guy.

Reitz began the streak on Jan. 1, 2012, at a time when he was unemployed and sought something uplifting to do, according to NBC Los Angeles. “It was something to do to keep having fun,” he told NBC Los Angeles.

And more than five years later, Reitz still enjoys it. “I’m still having fun with it,” he added. “That’s the only reason I’m still doing this. It wasn’t about going for records or anything like that. That was a bonus. It’s about coming and enjoying the magic of the park.”

A Disneyland spokesperson told NBC Los Angeles that they are unaware of any similar streak records. A representative from Disneyland has not responded to request for comment.

The Air Force veteran holds an annual pass to the park, and now visits in the evenings to accommodate his day job at VA Long Beach Healthcare System.

While the park has added a number of new attractions including a Cars-themed ride at California Adventure during Reitz’s streak, one of the classic rides is still his favorite: the Matterhorn.

“I love sitting in the front row, holding the handle and leaning into the turns,” he told the Orange County Register. One of Disneyland’s original attractions, the Matterhorn is now a rollercoaster where passengers ride in bobsleds down a mountain that appears like the Matterhorn mountain in the Alps.

As for his future, Reitz is unsure when his streak will come to an end. “My current pass is good until January 2018, then we’ll see,” he told the Register. 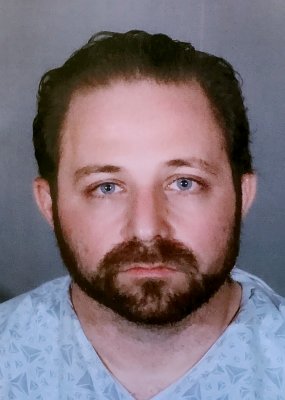 Father Arrested for the Murder of His Missing 5-Year-Old Son
Next Up: Editor's Pick