President Donald Trump and First Lady Melania Trump took some time away from their White House duties to attend the wedding of Treasury Secretary Steven Mnuchin and Scottish-born actress Louise Linton on Saturday.

The newly married couple said their “I dos” in a lavish ceremony in Washington, D.C., partying the night away at a reception packed with family and friends.

The wedding took place at the Mellon Auditorium, a historic government-owned public space that is connected to the Environmental Protection Agency’s headquarters and right around the block from the Trump International Hotel. Melania wore a pink silk chiffon dress designed by Gilles Mendel and Manolo Blahnik. Ivanka Trump, Jared Kushner and Vice President Mike Pence were also in attendance. Pence also served as the officiant for the ceremony.

In addition to the Trumps, Toronto designer Ines Di Santo was also in attendance. She designed Linton’s custom wedding gown — which she paired with some high-priced diamond and pearl jewelry, as she showed off to Town & Country in a feature published Monday.

They were engaged in 2015 — he popped the question with an oval diamond engagement ring reminiscent of one she had admired with him in a jewelry store at Miami’s famous Art Basel festival during the early days of their relationship, she told Town & Country.

Mnuchin — a former Goldman Sachs executive of 17 years, hedge fund chief executive and Hollywood producer whose credits include American Sniper and Wonder Woman — has been the subject of Democratic ire since his appointment in November, with many pointing to him as the very symbol of the elite “swamp” the president had so often preached about draining from Washington prior to his election.

A Trump loyalist who previously served as his campaign finance chairman, Mnuchin has played a key role in developing the president’s tax proposals, and previously told CNBC that his first priority is getting tax reform passed this year.

During his campaign in 2016, Trump railed against his opponents for their ties to Wall Street. He frequently criticized Democratic presidential nominee Hillary Clinton for accepting money from Goldman Sachs to deliver speeches.

On Wednesday, Trump explained why he chose Wall Street billionaires for several of his Cabinet roles during a campaign-style rally in Cedar Rapids, Iowa.

“So somebody said, ‘Why did you appoint a rich person to be in charge of the economy?’ I said, ‘Because that’s the kind of thinking we want … because they’re representing the country,” Trump said. “They don’t want the money. And they had to give up a lot to take these jobs.”

“We can’t have the world taking advantage of us anymore,” he continued. “And I love all people, rich or poor, but in those particular positions, I just don’t want a poor person. Does that make sense? If you insist, I’ll do it — but I like it better this way, right?” 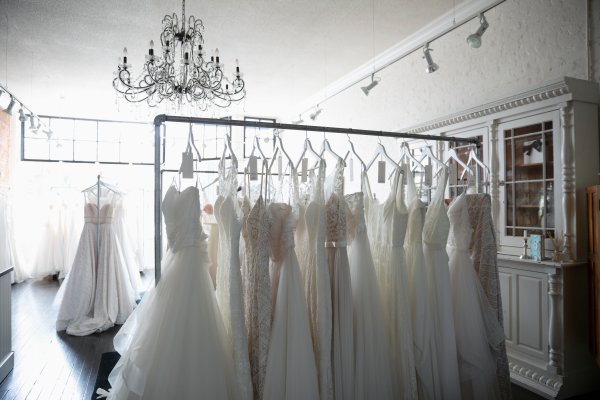 Bride's Mother-in-Law Had a Perfectly Acceptable Reason for Wearing a Wedding Dress for the Big Day
Next Up: Editor's Pick