President Trump Thinks the Health Care Bill Is 'Mean.' But He Still Supports It

President Donald Trump confirmed Sunday that he had characterized the House’s version of the Obamacare repeal bill as “mean,” but gave no indication that will lessen his support of the legislation.

Trump made the admission during a Fox News interview when he fielded a question about former President Barack Obama’s response to the recently unveiled Senate version of the bill. Obama insisted that “small tweaks over the course of the next couple weeks, under the guise of making these bills easier to stomach, cannot change the fundamental meanness at the core of this legislation.”

“He used my term, mean. That was my term because I want to see – and I speak from the heart, that’s what I want to see. I want to see a bill with heart,” Trump told Fox News’ Pete Hegseth.

Earlier this month, CNN reported that Trump had called the House bill “mean” in a luncheon with Republican senators, saying it did not provide enough protection for individuals.

House Speaker Paul Ryan downplayed Trump’s response, telling Fox News it was “some kind of a misinterpretation of a private meeting.”

The Congressional Budget Office, which offers non-partisan analysis, estimated that under the House version of the health care bill, 23 million fewer Americans would have health insurance by 2026, largely due to shrinking Medicaid eligibility.

The CBO is slated to release its analysis of the Senate bill this coming week. But, like the House version, the Senate’s bill also aims to phase out the portion of Obamacare that provides federal funding for states to expand medicaid.

A month before he officially launched his bid for president, Trump tweeted that he would not touch the Medicaid program.

But in his interview on Sunday, Trump seemed confident in the contents of the Senate’s bill, as well as its passage. Still, he predicted some changes to placate the senators who are currently not supporting the legislation.

“We have a very good plan,” he said. “We have a few people that are – I think you could say modestly – they’re not standing on the rooftops and screaming. They want to get some points, I think they’ll get some points.”

Correction: The original version of this story misstated which health care bill President Trump confirmed he had described as “mean.” It was the House bill, not the Senate bill. 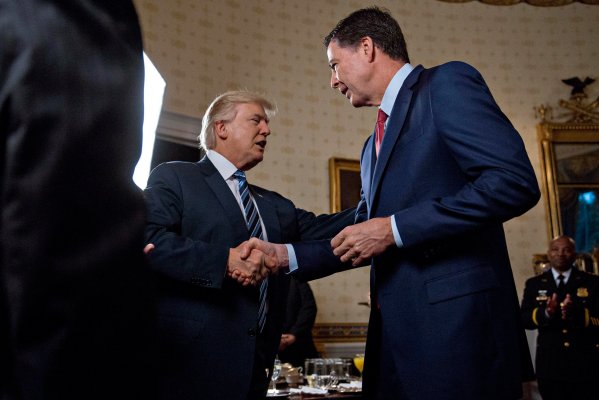 Trump vs. Comey: Here’s Who Americans Actually Believe
Next Up: Editor's Pick