Metroid: Samus Returns Is Exactly the Metroid the 3DS Needs

This wasn’t supposed to happen: One new Metroid game in the offing, sure, but two? The second — a reimagining of a 1991 Game Boy game and dubbed Metroid: Samus Returns — due out by autumn?

Roll the clock back to the months leading up to the mid-June E3 games extravaganza. No one foresaw a full-fledged Metroid for Nintendo’s 3DS handheld. No one was asking for one. Conventional pundit-think before and since the Switch arrived in early March has been to relegate the 3DS to a twilight platform, a devoted mobile gaming device whose existence must therefore stand in opposition to the Switch, itself a dedicated mobile gaming device (or full TV console, as you like). There can be only one, goes this line of prognostication.

No one knows the mind of Nintendo, nor, more importantly, the proclivities of the over 66 million users who’ve invested in Nintendo’s two-screen view of portable gaming-dom. (A figure sure to grow with the arrival of a $50 cheaper 2D-locked variant of the New Nintendo 3DS XL on July 28, in concert with the 3DS’s vast and enviable software catalogue 6 years on.) But if the Switch (to say nothing of devices like the NES and SNES Classic) suggests anything, it is that the sort of experience a sufficient number of players value above diamonds can swing wrecking balls through conventional wisdom about platform scalability as well as viability.

Ergo Metroid: Samus Returns, a revisitation of Nintendo’s labyrinth-scrutinizing, alien-stalking escapade for the 3DS that in 2017 seems iterative, honed, and if anything, overdue. (It’s out September 15.) Touching a side-scrolling Metroid in 2017 feels both natural and uncanny, like rekindling a song you once knew on the piano after years absent from the instrument. Your fingers slip into routines, digital rituals encoded by childhood habits, neural pathways waking like heat lightning blinking through cumulonimbus clouds.

In the space of a 20-minute demo, I guided series protagonist Samus Aran through iridescent caverns harboring flying and scurrying critters, scouting for ancient artifacts that might grant me signature powers. Like the charge shot (hold a button to produce a powerful blast that can open certain doors), or the morph ball (pull down on the left thumbstick to become a glowing sphere capable of navigating crawlspaces), each grammatically integral to the game’s spatial and recollective puzzles. All of this is, of course, trackable on the handheld’s lower screen, the persistence of its orthogonal map eliminating screen-tabbing interruptions and clumsy semi-transparent overlays.

New abilities abound, too, thus you can deflect enemies that charge from half a screen away, then counterattack like a tennis player lining up a serve. You can chain attacks or hold a button to swivel your gunsights 360 degrees, unshackling your interactions with the environments. It is lively, absorbing and tactically exacting in all the ways I might have wanted a revitalization of the original 2D games to be.

Though it’s not a Prime-series spinoff, it shares those games’ distinctive aesthetic: craggy subterranean areas with sculpted sci-fi corridors shot through with refulgent relics, bowed statues and biomechanical tracery redolent of a civilization like ancient Egypt by way of H.R. Giger. “I think the Chozo artifacts and some of the other objects that appear through the franchise, probably some of that is inspired by the Egyptian cultures as other ancient civilizations,” says producer and Metroid series co-creator Yoshio Sakamoto to a question about the history of the aesthetic. “It’s really just a great creative development, incorporating different civilizations and what this whole Chozo race would have been like, both culturally and aesthetically.”

Sakamoto says his team at Nintendo EPD and Spain-based partner studio MercurySteam (responsible for the Castlevania: Lords of Shadow spinoffs) first scrutinized Metroid II: Return of Samus‘s core ideas before deciding how to build something that both honored the original while feeling bespoke to the 3DS. “I think there’s a process that takes place when we’re bringing something to new hardware, where we want to of course incorporate the features of the hardware in a way that highlights what we’re trying to do,” he says. “If you bring two similar systems together, our experience with Metroid and MercurySteam’s with Castlevania, it doesn’t always result in a hybrid system that’s better. In this case MercurySteam had such a great understanding of what is fundamentally Metroid that they were able to synthesize their experiences seamlessly, bringing fresh stimuli, a fresh perspective and a different set of sensibilities.”

Work on the game began two years ago, but Sakomoto had been itching to make a 2D scrolling Metroid earlier still. To make that happen he needed to find a team. “In searching for someone to help make the game, I’d heard from Nintendo of Europe that MercurySteam was interested in taking on the challenge of remaking a Metroid game,” he says. “They weren’t saying Metroid II specifically, but we’d heard they were really interested in a Metroid title. I of course knew MercurySteam’s background with the Castlevania series, so I thought ‘That might be an interesting collaboration, let’s talk.'”

And then he tells me a story about why they ultimately landed on a reimagined version of Metroid II. Players of the latter may recall a story event that ties into all of the stories and lore that followed — namely Samus’s encounter with an infant metroid. “Because it’s an old game, it didn’t feel like there were a lot of people who had the opportunity to see or even know about the baby metroid,” explains Sakomoto. “Plus it’s a tough game, and you don’t see the baby metroid until the end, so it’s possible that even people who played it might not have seen it. And so I thought if I get the chance to work on a 2D scrolling Metroid again, I want to go to that game.”

Events dovetailed from there. Sakomoto wanted to reimagine Metroid II, MercurySteam wanted the “challenge” of working on a Metroid remake. “And so I said ‘I’m going to Spain,'” says Sakomoto. “So we flew to Spain, met with Jose [Luis Márquez, of MercurySteam], had a lot of different talks, and I thought ‘Yeah, this is going to work, let’s give it a shot.’ I really felt like it was a completely bullseye from the get-go. This team knows Metroid, they know what they’re doing, they get it.”

As did I during my brief hands-on with the game. It felt like coming home and simultaneously rethinking what home means. Metroid: Samus Returns is more than memory lane traipsing or fanbase indulgence. It feels poised, fluid, intuitive, and in motion, little like the original flat black-and-pea-green Game Boy adventure. It is both what series fans didn’t know they wanted, and if you take a longer view of the 3DS’s prospects as an established vehicle for distinctive experiences, precisely what Nintendo’s two-screen handheld needs. 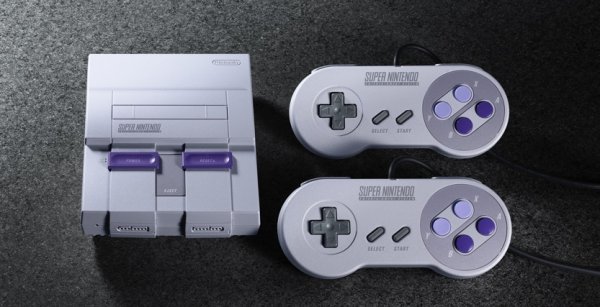