How to Stay Calm Under Pressure, According to a Weapons Disposal Leader

We’d all like to know how to stay calm under pressure. Sure, I could pull a bunch of research studies on it and just summarize those for you. But that always leaves the lingering question: “But does this stuff work in the real world?”

So who really knows about being cool as a cucumber under the most intense pressure imaginable? I’d read that when top bomb disposal experts approach a device designed to kill them, their heart rate actually goes down. Folks, I think we have a winner…

So I called a Navy EOD Team Leader.

For security purposes our friend requested to remain anonymous. He’s been deployed in both Iraq and Afghanistan and faced some things that are — quite literally — the stuff of nightmares. Repeatedly.

So what can you and I learn from him? How do you stay chill, keep your focus and make tough decisions when facing the most intense pressure imaginable?

Avoid “The Rabbit Hole” And Do A Threat Assessment

Navy EOD techs refer to this as “the rabbit hole.” And if you go down it, things are going to get very bad very fast. Here’s our EOD Team Leader:

You need to avoid going down the “rabbit hole” and do what Navy EOD techs call a “threat assessment.” That means looking objectively at the situation and asking, “What kind of problem is this?”

Think about a similar situation you’ve been in before that looked like this one. How did you resolve it? What worked? Maybe you’ve never been in a situation exactly like the current one, but that’s okay. Generalize. You’ve probably dealt with something that was kinda similar or you’ve seen someone else do it.

Leveraging experience is what makes the top Navy EODs able to stay calm and size up a terrifying situation before they’ve even approached the explosive device. Here’s our EOD Team Leader:

Leveraging your prior experience (or the experiences of others) is what allows you to wrap your brain around a very frightening scenario and see it as just another version of a problem you’ve solved before. And that allows you to keep moving forward when you’re scared.

Alright, you dodged the rabbit hole and you’ve done a threat assessment. But what mindset do you need to stay calm and focused before you act on this problem — or before you cut that red wire?

Emphasize The Positive And Focus On What You Can Control

Our EOD’s superior officer once told him a story about trying to defuse a mine while underwater — and realizing that he had become trapped, unable to move his hands or feet. What was the next thought that went through the chief’s head?

That’s what you call “looking on the bright side.” Steven Southwick and Dennis Charney studied resilient people for over 20 years. They interviewed Vietnam prisoners of war, Special Forces instructors and civilians who dealt with terrible experiences like medical problems, abuse and trauma. And what was one of the things that kept all of these survivors going? Optimism.

By starting with the good, but staying realistic about the facts of the situation, our EOD’s superior was able to stay calm and focus on what he was able to control and start taking steps toward resolving the situation. Our EOD friend explains:

Again: He was underwater, unable to move his hands or feet, and was next to an explosive device. But he didn’t see it as an emergency.

It was only an emergency if he couldn’t find a solution. Sound crazy?

You’re moving at 65 miles an hour toward a concrete wall. Scary? If that concrete wall is a natural bend in the highway and you can just turn the steering wheel of your car gently to the left, you wouldn’t be frightened. In fact, you probably do it all the time without thinking about it. Not an emergency.

Life and death stakes don’t faze you if you’re optimistic and feel you have some control.

So now it’s time to act. You need to get in there and solve the problem at hand. How do you keep your cool and stay focused when you’re in the thick of it?

The Secret To Calm And Focus Is Knowing The Next Step

We’re all scared of the unknown. Because then your brain turns to speculating. To worrying. And that takes you down the rabbit hole. The secret to calm and focus is simply deciding what you need to do next. That prevents the gap from opening up where the speculation and worrying grows. Here’s our EOD Team Leader:

Maybe what’s next is just a baby step. That’ll do. Maybe you are so out of your depth that the next step is “ask for help.” That’s actually a good one. You don’t need to fix everything in one fell swoop. You just need to know your next step and you can keep it together.

Now when you consider your next step, you want to think technically and specifically to resist panic. And be grateful you don’t have to face situations like our friend did — when you’re 130 feet underwater and your breathing equipment fails:

I know what some people are thinking: “But what if I don’t know my next step? How do I get my calm back if I lose it?”

Our EOD friend has been there. And he’s been there with a bomb in front of him:

What should you do when you’re lost for a next step and your brain is filled with anxious thoughts? There’s an answer — one that Buddhist monks and PhD neuroscientists would agree on:

Just consider those racing thoughts in your head and ask yourself, “Are they helpful?” And then make a decision.

When I spoke to leading mindfulness expert Joseph Goldstein about how to deal with troublesome thoughts he said:

And guess what our bomb disposal buddy did to resolve the situation? He’s no mindfulness expert — but he knows what works when panic sets in. See if what our EOD Team Leader told me sounds familiar:

He asked if the thoughts were helpful. They weren’t. And so, to the best of his ability, he just made a decision on what his next step would be. And neuroscience research shows that making decisions reduces worry and anxiety — as well as helping you solve problems.

Your problems have been defused. We’ve learned a lot. Let’s round it up and learn one last secret from our EOD friend that can help you be ready for challenges before they ever occur…

Here’s what you need to know about how to be calm under pressure, from a Navy bomb disposal expert:

There’s a saying about bomb disposal:

Cute, huh? It’s an uncertain job with the highest of stakes. But it must be done. And so the people that do it can’t sleepwalk through their job. A mentor of our EOD Team leader once told him:

EOD techs don’t walk around paranoid — that’s the rabbit hole. But they are engaged.

Want to avoid problems? Want to be calm under pressure when problems occur? Stay engaged.

That’s your next step.

Join over 285,000 readers. Get a free weekly update via email here. 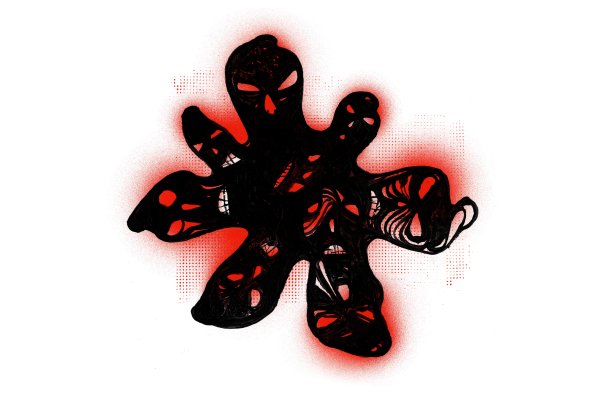 The Rage Flu: Why All This Anger Is Contagious and Making us Sick
Next Up: Editor's Pick