Inside the Effort to Fight Climate Change Beyond the Power Sector

An aircraft operated by British Airways passes a low emission zone sign as it prepares to land at Heathrow airport, in London in October.
Bloomberg—Bloomberg via Getty Images
By Justin Worland

The transportation, manufacturing and agriculture industries have received a fraction of the attention of the power sector in the fight against climate change, but together they account for more than twice the harmful pollutants that are emitted during the production of electricity in the United States. And as sources of clean energy such as wind and solar comprise more of the nation’s power, many experts believe it’s time to focus attention on those other sectors.

Targeting industries such as aviation, trucking and steel production will be critical to stopping global temperatures from rising to unsafe levels, according to a recent report from the Energy Transitions Commission (ETC), an international non-profit comprised of activists and business leaders devoted to reducing carbon emissions.

“If we decarbonize the whole of power and electrify as much as possible that will generate about half of all the carbon emissions we’ll need,” says ETC Chair Lord Adair Turner. “But we’ll still be left with sectors of the economy where we cannot electrify.”

To date, most efforts to address carbon emissions in these industries have come from individual companies. Shipping and trucking companies have invested in ways to reduce their fuel consumption, such as forming platoons by grouping trucks closely together, largely because it can lower their costs. Airlines have sought to replace old gas-guzzling airplanes with more efficient ones for the same reason and experimented with biofuels. In the industrial sector, many companies have tested technologies that capture and store carbon dioxide—though few of the projects have gained traction.

The few efforts that have cut across entire industries are particularly tentative, according to experts. An international agreement to slow aviation emissions, for example, set a cap on emissions that takes effect five years after the negotiations and remains limited to international flights. Exempting all domestic markets is a major omission. In the U.S., for example, where hopping between cities requires hundreds or thousands of miles of travel, domestic travel is expected to grow by nearly 30% in the next two decades, according to FAA data. While some airlines may be able to reduce their emissions slightly, most will comply with the agreement by purchasing carbon offset credits that fund projects to address climate change.

The trucking industry faced new rules issued by the Obama administration in 2016 that called for a 25% cut in emissions over the following decade. But the regulations come as the total U.S. freight tonnage is expected to grow 35% in the same time period, according to a report from the American Trucking Associations, mitigating the overall impact of increased fuel efficiency.

Without a more aggressive approach in these sectors, researchers say that global warming will easily exceed the 2°C (3.6°F) maximum target for temperature rise by 2100 set in the Paris Agreement on climate change. A report from the ETC, which counts energy executives like Shell CEO Chad Holliday and environmentalists like Al Gore among its members, calls for a focus on both carbon capture and plant-based biofuels as potential ways forward.

The carbon capture process takes carbon dioxide emitted in industrial processes and energy production and either stores it deep underground or uses it as raw material for new products like plastics and fuel sources. In industries like steel and cement production, where carbon dioxide is a byproduct, capturing carbon may be the only way to make a large dent in emissions. But the process is costly and complicated to implement, and industrial companies are unlikely to invest in it without some sort of financial benefit. Indeed, it is only in operation in nine large-scale projects across the country. In response, many policymakers have called for a carbon tax to create a financial incentive for capturing emissions.

Biofuels, energy sources derived from plant matter, offer another path for transportation-based industries and refiners of jet and diesel fuel have already begun making use of them. Typically, biofuels mix with traditional fuels as a simple way to reduce emissions. But biofuels come with their own set of environmental concerns. The federal government requires refiners mix ethanol, perhaps the most widely known biofuel, to reduce emissions in gas for consumer vehicles. But analysis from the National Research Council of the National Academy of Sciences suggests that ethanol could actually lead to more carbon emissions than traditional gasoline when its entire life cycle is taken into account.

Making any of these technologies possible on a transformational scale will require significant investment in research and development from both the public sector and private industry. And in the competition for America’s public environmental research funds, the transportation and agriculture sectors tend to play second fiddle. “It hasn’t been the focus but it needs to be,” says Turner of investment beyond the power sector. “You need public research and development.” 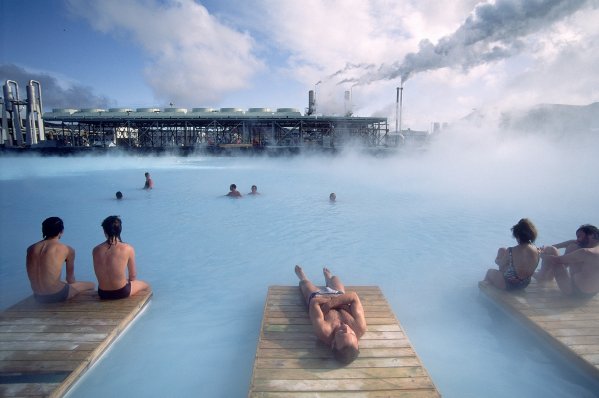 A Solution to Our Clean Energy Problem May Lie Right Beneath Our Feet
Next Up: Editor's Pick