As I rolled over to silence my alarm the other morning, I reached instinctively for my phone to read the news. But then I remembered — on my nightstand, a 7-inch glowing screen was rolling through the latest headlines: “Girl Scouts Offer New Tech Badge,” “Uber Adds Option to Tip Driver,” “Tony Bennett to Receive Gershwin Prize.” Beneath each news tidbit was a tip to summon additional information. To dive deeper on the driver-tipping story, I could speak the words, “Alexa, tell me more about Uber.”

This is what it’s like to wake next to Amazon’s new $229 Echo Show, out June 28, the company’s only product in the Echo lineup to include a screen. It’s the first time Alexa, the virtual assistant powering Amazon’s Echo devices, doesn’t depend solely on verbal input.

While the standard $179 Echo is well suited for quick queries like checking the weather or ordering a pizza, there are several scenarios in which Alexa’s answers feel too long-winded to be useful. Consider this example: You can ask Alexa to search for and talk you through recipes via the AllRecipes skill, but learning to cook a meal based on spoken directions alone can be difficult. This is especially true for steps that are complicated or involve multiple ingredients, in which case I often find myself asking Alexa to repeat itself.

In situations like these, the Echo Show shines over the regular model. I can accomplish nearly any task with my voice without having to reach for my phone to supplement it. When asking for recipes, Alexa shows me the directions and ingredients onscreen. If I’m looking for nearby sushi restaurants, Alexa produces a list of eateries complete with the name, photo, and star rating instead of merely reciting a list. It displays to-do lists, calendars, alarms, and more. Even an action as simple as hooking up the Echo to a new WiFi network is much easier through a screen, eliminating the need to do so through the Alexa app. With the Echo Show, Amazon is exploring an idea that Chinese Internet giant Baidu introduced earlier this year with its Little Fish robot, a home assistant similar to the Echo that also includes a screen.

The Echo Show’s display is impressively sharp and bright — when you’re not using skills or watching videos, it displays its home screen, which can be customized to show a personal photo — but because of its size I wouldn’t recommend it for viewing lengthy content like a TV show or movie. It’s oddly situated as an entertainment device because you’re presumably at home while using it, where you’re likely to turn to your TV or perhaps use a large tablet to view content. That said, it was sufficient when I wanted to watch brief movie trailers or music videos.

Devices like the Echo have done much to free us from our phones. The ability to find information, interact with apps and control smart home devices without scrutinizing a tiny screen has had a powerful effect. These ambient operating system hover in our homes, standing by unnoticed until they’re needed.

The Echo Show’s screen definitely complements that experience, though it also verges on information overload. I can’t glance at my nightstand without Alexa feeding me news headlines, recommending music videos, or encouraging me to try its other features. You could make the argument that smartphone notifications are just as intrusive, but something feels fundamentally different about an always-on screen that’s meant to be displayed in your living room instead of tucked away in your pocket.

I’d love to see Alexa get smarter and learn to make even better use of the Echo Show’s screen. I could imagine Alexa surfacing pertinent information depending on contextual factors, say the time of day, or which room it’s in, especially if it’s aware of which household members are home at specific times.

Read more: Apple iPad Pro vs. Microsoft Surface Pro: Which Tablet Is Right For You?

The Echo Show has a few other perks besides channeling Alexa: You can use it as a household intercom, a landline and a video phone. The Alexa app syncs with your phone’s contacts list to identify people that either own a compatible Echo or have signed into the Alexa app on their phone. As such, it’s possible to place a video call, audio call, or send an audio message just by asking Alexa. (Video calling is only available on the Show, while the regular Echo and Dot models are capable of audio calling and messaging.)

Voice messaging works well, though I wasn’t comfortable with the fact that Alexa didn’t do anything to make sure the content of the message was correct or that it’s chosen the right contact before sending. Alexa confirmed it had chosen the right person before placing a call, for instance, but not before sending a message. That might not reflect everyone’s experience since Amazon says Alexa will sometimes ask for confirmation before sending a message or placing a call to ensure it’s found the right contact. Video calling on the Show doesn’t meaningfully differentiate itself from Skype or FaceTime, although the appeal here is that you don’t need to reach for your phone or boot up your computer to make things happen. You can be in the kitchen preparing dinner and give grandma a call simply by asking.

It’s impossible to predict how convenient this feature will be without a flourishing consumer ecosystem of Echo Shows. And Amazon clearly hopes buyers will opt for multiple Shows per home, despite it top-of-the-line price tag. Case in point: a feature called Drop In, which uses the Show as a video interface to check up on other rooms that contain Echo Shows. Amazon is positioning the Show as more than just a Skype machine by making it compatible with smart home products like baby monitors and security cameras. In other words, it can be a kind of personal security monitor.

As a music speaker, the Echo Show rates slightly higher than the Echo. Whether I was listening to tunes or watching a movie trailer, the audio was lively and clear enough to comfortably fill a medium-sized living room, and sounded a bit louder than the standard Echo. Even so, audiophiles or those hosting a party will probably still want to connect to external speakers. If you play music through Amazon’s streaming service, Alexa will display the lyrics on the Show’s screen, too.

The Echo Show feels like a significant step toward Amazon’s vision of a world inhabited by semantic computing devices. When Amazon first unveiled the Echo Show in May, I was worried that the addition of a screen would diminish what made the Echo so appealing in the first place. Who needs another screen vying for their attention?

But after using the Echo Show for several days, I no longer have that concern. The display does more to remedy the Echo’s shortcomings by making Alexa’s responses more comprehensive with minimal distraction. Although the Echo is and probably always will be a voice-centric computer, I’m convinced it needs this sort of screen in order to become the dynamic home computer Amazon clearly wants it to be. 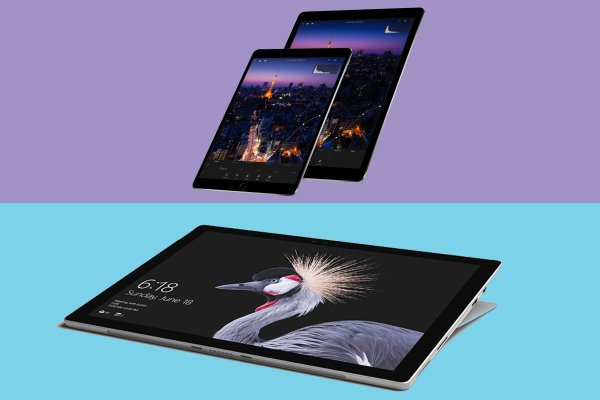 Apple iPad Pro vs. Microsoft Surface Pro: Which Tablet Is for You?
Next Up: Editor's Pick