Every week was Shark Week for rapper Lil Wayne — before he sold his stocked Miami pad this week, that is. Originally purchased in 2011 for $11.6 million, Weezy offloaded the nine-bedroom contemporary mansion on Monday for $10 million, public records show. (He originally listed it for $18 million in 2015, but looks like luxury buyers are slim on the ground lately, even in the wealthy, sought-after enclave of Miami Beach.)

Listings note that the home has been intensively customized to keep up with Dwayne Michael Carter Jr.’s eclectic tastes. There’s that shark lagoon, of course, which surrounds a glass elevator to the master suite. But there’s also a rooftop skate park where one could presumably practice some tricks while indulging in the oceanfront view, and a three-story wall of windows overlooking the private dock. And naturally there’s a recording studio within as well, plus multiple kitchens and a three-car garage. At 15,000 square feet, it’s likely there are plenty more amenities in store for the new owner.

It’s hard to imagine where else he could find a house equipped with sharks as live-in guests. Good thing Shark Week starts next month to tide him over. 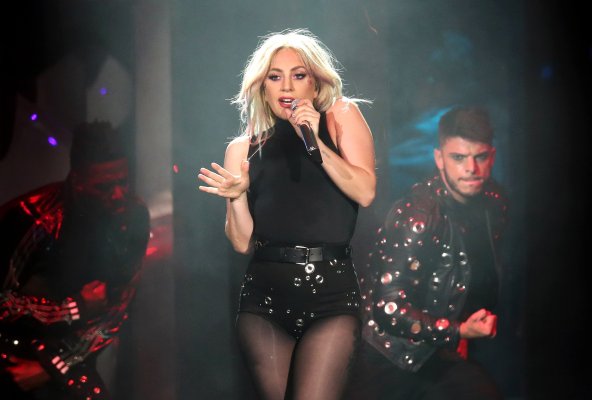 Lady Gaga Casually Wore Glamorous Stiletto Heels to Go Hiking As One Does
Next Up: Editor's Pick