You already know that ticks pose a threat your health; these bugs, which thrive in the summer, can transmit Lyme disease, Powassan virus and even a rare condition called tick paralysis.

If those illnesses aren’t enough to worry about, experts are sounding the alarm about another tick-borne condition that appears to be on the rise. A bite from the Lone Star tick has been leaving victims with a potentially dangerous allergy to red meat and sometimes even dairy products.

Health.com: Bug Bites: How to Prevent and Treat

Once mostly confined to the southeastern United States, the Lone Star tick has been stretching its boundaries over the last couple of decades, increasing in numbers and showing up from Maine to central Texas and Oklahoma, says the Centers for Disease Control and Prevention.

Along with that red meat allergy, this tick can also carry the bacteria that can cause monocytic ehrlichiosis (a rare infectious disease), Rocky Mountain spotted fever, and STARI, a rash that can be mistaken for Lyme disease, reports the University of Rhode Island’s TickEncounter Resource Center.

But it’s the risk of an allergy to bacon and burgers that has people most on edge right now. Here’s how it happens: just like other ticks, the Lone Star tick likes to feed on mammal blood, like that from deer and cows, explains Dr. Cosby Stone, a clinical research fellow in allergy and immunology at Vanderbilt University Medical Center. When a ticks bites one of these animals, the tick can pick up a sugar called alpha-gal.

Then, the tick bites a human. The bite itself, as well as the alpha-gal that is transmitted to the human host, triggers a person’s immune system to make antibodies. “Because you don’t make this sugar in your body, it’s recognized as something foreign and you can become allergic to it,” Stone says. The result is an alpha-gal allergy.

Unfortunately, alpha-gal sugar is in a lot of foods and dishes you may eat all the time, like red meat, dairy and gelatin. Once you have this allergy, your barbecue days might be over. You’ll react when you eat a steak, and a small number of people will even react when they drink a glass of milk. For some people, gelatin in medications causes those antibodies to kick in and cause distress. “This can create a lot of trouble for people,” says Stone.

The allergy might take months to develop after the tick bite. Yet typically it starts to present itself soon after you eat red meat. The signs are often hard to ignore and potentially serious; they can include hives, shortness of breath, diarrhea, swelling of the face and hands and low blood pressure. “There are plenty of stories where patients eat a burger at 6 p.m. and then wake up with anaphylactic shock at midnight,” says Stone. If that happens, seek medical attention ASAP.

Experts have been noticing a rise in allergic reactions over the last decade. Tick-borne illnesses in general appear to be increasing; the National Pest Association stated that 2017 might be the worst season yet for ticks, due in part to mild winter conditions that allowed them to thrive.

The advice for protecting yourself from the Lone Star tick is the same as it is for all ticks. Use a permethrin-based repellent on clothes, wear long pants when you’re out hiking or working in the yard (and tuck those socks in), and do a tick check on yourself, your kids and dogs when you go back inside. If you spot one, remove it with tweezers as soon as possible and be alert for any kind of symptoms, from a rash to fever to fatigue or weakness. 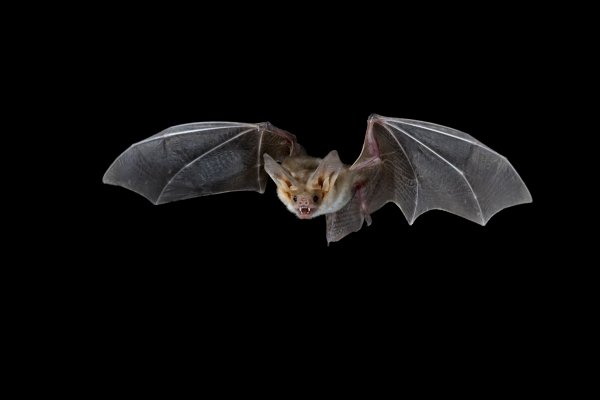 Bats Are the Number-One Carriers of Disease
Next Up: Editor's Pick