If this doesn’t make you want to run—nay, fly over the rainbow—to Canada, nothing will. We already knew that its incredibly dreamy Prime Minister can smoke ’em at a one-handed pushup. We knew that he weeps openly and freely, like a real man. But this, this is something new: Justin Trudeau cuddles with unicorns.

We assume that CBC Kids is geared toward, well, kids—but never mind that. In a recent show segment, he of cornflower-blue eyes appeared next to a fashion-forward unicorn (that rainbow horn is so Guy Tang!) And, well, it’s like someone made our wildest dreams come true in technicolor. We’re canceling tonight’s plans to watch the clip above on repeat, and we’re not ashamed of it.

Want in? Here’s what to expect from the one minute and 31 seconds of pure magic. (You know, should you need to come prepared for all the cuteness.) As we open, the P.M. and the fantastical puppet meet up in Trudeau’s office, where the unicorn slyly asks if his hot new friend will join his “hug club.”

For the record, kids: you should probably say no to this proposition, unless, of course, the request comes from a unicorn. If it’s Gary’s Hug Club, it’s totally legit, and even Justin Trudeau wants in. In fact, he’s kind of uniquely qualified for membership.

“I’m going to do what I want to do all the time when I meet people, [which] is give them the biggest, squeeziest hug that I can,” he avows. And then, the politician does just that, going in for the kill with a smile that practically has butterflies pouring out of it.

InStyle.com: RELATED: Justin Trudeau is Now Charming People From Aboard a Kayak

Disclaimer: not one word of that review is hyperbolic. To be clear: Justin Trudeau just hugged a unicorn. 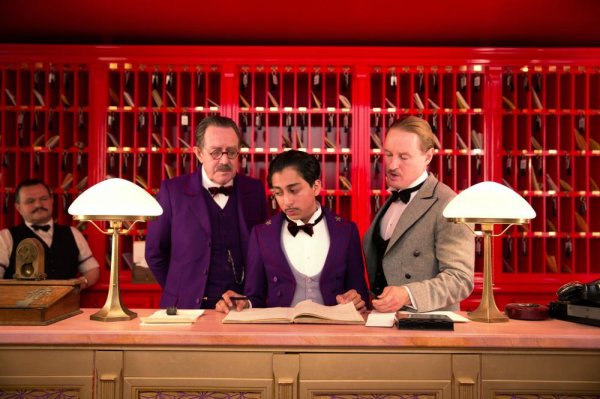 Wes Anderson Would Be Jealous of These Real-Life Scenes
Next Up: Editor's Pick