Hand Me That Wrench: Farmers and Apple Fight Over the Toolbox

Like any farmer, Guy Mills Jr. has had his share of equipment trouble. In the past, Mills, who grows corn, soybean and alfalfa on his 3,810-acre farm in Ansley, Neb., would have fixed his machinery himself. But like so many essential tools, Mills’ equipment has become so technologically complex that he needs outside help when it breaks down. Unfortunately for him, that help can eat up time and money, both of which have been in short supply.

“If you have a bad alternator, they connect a computer to your tractor and it tells them the alternator is bad,” says Mills, 57. “Before, there were other signs. Is the battery dead? Do you have lights? Just by looking at it and using deductive reasoning, you figured things out.”

Mills and his fellow farmers say that part of the problem is that equipment manufacturers like Deere & Co., maker of John Deere tractors, make it difficult for consumers and independent repair shops to get the tools needed to fix today’s high-tech tractors and other heavy machinery, which run on copyright-protected software. Instead, customers must often work with company-approved technicians, who can be far-flung and charge expensive rates. So Mills and other farmers nationwide have banded together in support of the so-called Right to Repair legislation. These bills, which have been proposed in at least 12 states, would require equipment manufacturers to offer the diagnostic tools, manuals and other supplies that farmers need to fix their own machines. “Customers, dealers and manufacturers should work together on the issue rather than invite government regulation that could add costs with no associated value,” said Ken Golden, a spokesperson for Deere & Co.

The Right to Repair movement has come up against an unexpected opponent: Apple. The iPhone maker and world’s largest public corporation by market capitalization has been lobbying state lawmakers in opposition to the bills. The argument being made against the proposals is that they could result in subpar repair work or–even worse–make consumers vulnerable to hackers. Right to Repair advocates say that Apple, which offers iPhone repair services at every Apple Store, wants to maintain control of its share of the approximately $4 billion smartphone-fixing business. “The more that they can completely own the repair experience, the more of a profit opportunity there is,” says Kyle Wiens, CEO of iFixit, an online repair-manual repository. Apple makes an estimated $1 billion to $2 billion a year fixing iPhones compared to approximately $120 billion to $200 billion selling them.

The battle has produced some unlikely bedfellows. Farmers like Mills who want to repair their own heavy equipment are banding together with techies like Wiens, who believes consumers should be able to fix their own phones and computers. “There’s a cultural perception that you can’t fix things anymore, but I’m not sure that’s true,” says Wiens, whose website offers nearly 28,000 free manuals and had 94 million visitors last year searching for DIY repair guides on everything from PlayStations to lawn mowers to dishwashers. The issue is cutting across party lines, with support from Republicans in agriculture-heavy states like Nebraska and pro-consumer Democrats in states like New Jersey.

Guy Mills and his son James examine soil depth while hilling a cornfield with a John Deere tractor outside of Ansley, Neb., on June 19
Photograph by Benjamin Rasmussen for TIME

The battle over Right to Repair is about more than malfunctioning tractors or cracked iPhone screens. It’s about a spirit of self-sufficiency that’s baked into the DNA of blue collar America. Mills says he takes pride in farmers’ image as can-do fixers who can keep their own machinery humming, so it’s frustrating when that isn’t possible. “[We] should be able to obtain the necessary tools and access to information necessary to repair our equipment,” he says. Mills stresses that modern farmers are increasingly familiar with high-tech innovations, including everything from GPS to self-driving tractors, and that with the right tools, they would be able to fix even the most complicated machinery.

Some Right to Repair opponents have argued that consumers cannot be trusted to fix or modify their equipment because they might further damage it or hurt themselves in the process. But others say there’s a psychologically important benefit to mucking about with the things we buy. “There’s this pervasive sense that we’re ruled by these inscrutable forces that are hard to bring within view,” says Matthew Crawford, author of Shop Class as Soulcraft: An Inquiry Into the Value of Work. “Being able to be the master of your own stuff, to open it up and take a look and take care of it, answers to a very basic human need.”

Given the high-power opposition from the likes of Apple, Deere & Co. and AT&T, it’s unlikely that any state will pass a full Right to Repair bill anytime soon. Nebraska’s effort has stalled, and a measure in New York may not advance before June 21, the end of the current session, leaving Massachusetts as the next battleground. Supporters optimistically point out that Massachusetts voters approved a similar measure involving car repairs in 2012, leading some automakers to address their concerns rather than navigate a complex patchwork of laws.

There are signs the pressure is also moving other companies to open up at least a little bit. In early June, Apple announced that it would send 400 high-tech iPhone screen-fixing machines to third-party repair shops, an unprecedented move for a company that has until now closely guarded such technology. In an interview with Reuters, Apple brass framed the move as an effort to improve repair service and cut down on wait times. Still, some advocates say it’s not enough. “If Apple seriously wanted smaller lines in their stores, they could simply allow a lot more people to replace the glass,” says Gay Gordon-Byrne, executive director of the Repair Association. “This is so simple, and they have made it so complicated.” 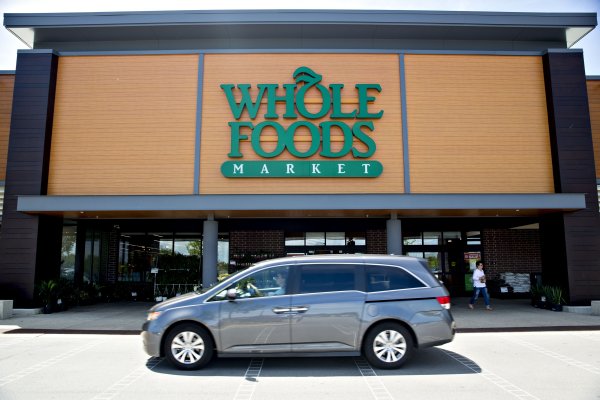 Why Amazon Bought Whole Foods
Next Up: Editor's Pick