What Silicon Valley Can Learn from Travis Kalanick's Uber Fail

Travis Kalanick, Uber’s brash and embattled CEO, is out. After months of pummelingly bad news for Kalanick and his eight-year-old ride-hailing startup, pressure from investors in the near $70 billion company forced Kalanick to relinquish his role. In the wake of a major investigation into systemic discrimination at Uber and a related series of public relations disasters, on June 13, Kalanick announced that he would take a leave of absence. That wasn’t enough for the investors who worried about how quickly the company could pick itself back up and find new leadership with its founder lurking in the background. Now Uber will be able to offer candidates for top executive positions full control of the company, which has a presence in 76 countries and counting. Kalanick will retain his seat on the board along with his voting shares of the company’s stock.

What happened, and what happens next, will be the stuff of business-school case studies for years to come. Uber faces difficulties that include everything from its profitability to peacekeeping, with its force of drivers providing millions of rides, to protracted legal battles with government regulators and competitors. And it must reboot its culture, something that will take some time if the recommendations of an exhaustive investigation by former U.S. Attorney General Eric Holder’s law firm are any indication.

In a recent TIME story, my colleague Katy Steinmetz and I framed the troubles at Uber as a test of some of Silicon Valley’s long-held values. Technology is advancing so rapidly that, at this point, it is always going to outpace the law as well as the public’s capacity to fully understand its ramifications. If Uber’s stunning fumbles prove anything, it’s that in the absence of rulemakers who can keep up, the architects of the new economy–which is just another way of saying the new world–must hold themselves accountable.

There is another, more personal lesson in the story of Kalanick, compared with the examples of icons like Steve Jobs or Bill Gates. Kalanick had a reputation for being argumentative. A recent Fortune cover story used another A word commonly attached to Kalanick in the Valley. His brawler persona was useful for Uber, which, unlike other giant tech firms, was born into conflict: opposition to lawmakers, competitors and the media is in the company’s DNA. But it also frequently went too far and reportedly engendered an aggressive, misogynistic culture that, according to Holder’s findings, provided cover for misbehavior and transgressions of the worst sort.

Jobs and Gates were also famously difficult. Former TIME editor Walter Isaacson’s biography of Jobs is replete with examples of “Bad Steve,” from baroque insults (Google “Steve Jobs FDA” for one particularly florid example) to impossibly high standards. Gates, too, was hard-charging, building Microsoft into a dominant company through sometimes quasimonopolistic tactics. As they do, these myths have outgrown reality over time. And because they’re salacious, they obscure the truth of both Jobs and Gates as complicated human beings. Using them to justify fundamentally confrontational leadership is a mistake.

It is more instructive to study their full arcs. In the monomyth, the hero must experience a period of painful exile in order to return to his community with the power to change things. “The descent into Hell is easy,” wrote Virgil, “but to retrace your steps and to come out into the upper air, this is the deed, this is the labor.” Jobs and Gates could not become world-changing figures without first having descended. For Jobs, it was being fired from Apple and founding NeXT. For Gates, it was the humbling United States v. Microsoft Corp. antitrust case that was settled in 2001. What Jobs and Gates did afterward–pulling off the greatest corporate turnaround in the history of capitalism and creating one of the most impactful philanthropies ever, respectively–can be understood and mined for insight only by keeping the full picture in view.

All leaders need a certain amount of guile and toughness. Inventing the future is dangerous business, after all. Kalanick, who at 40 is considerably older than many other Silicon Valley founder types, may or may not come out of this exile a different person. But for founders trying to learn the lessons of the giants who came before, the lows are more instructive than the highs.

Vella is an executive editor at TIME 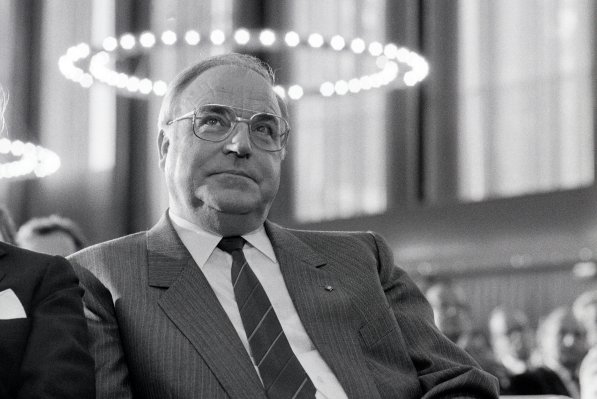 Helmut Kohl
Next Up: Editor's Pick