The Beguiled Explores the Dark Side of Female Desire

The tragedy of men and women is that each has something the other needs, but how to get it? To lie and cheat your way into love is a sure way to ultimately lose it. So what’s left? Sofia Coppola’s gorgeous, simmering thriller The Beguiled is based on a 1966 novel by Thomas Cullinan, which was also adapted–by manly-man director Don Siegel–into a 1971 potboiler revenge tale starring Clint Eastwood. But this Beguiled is its own species of flora, a daylily crossed with a twisted root vegetable. Its skin is pretty, but its heart is dark.

Colin Farrell, handsome and as wild as a wolf, plays injured Union soldier John McBurney, who’s cautiously rescued by the teachers and students of a nearby boarding school for girls. As he recuperates, he charms and manipulates them, and each woman and girl projects her own fantasies of what a man should be onto him. He rekindles the repressed carnality of starchy, stalwart headmistress Martha Farnsworth (Nicole Kidman, in a performance pitched deftly between ice and fire). Sheltered, frustrated teacher Edwina (Kirsten Dunst, who captures the fragile beauty of a cut flower on its last day) sees him as a tender soul who can sweep her away from a life she secretly hates. And Alicia (Elle Fanning, both sultry and doelike) is quite simply the bad gal. She wants McBurney for 100 different reasons, but mostly–there’s no other way to put it–because he’s hot.

The Beguiled borrows some of the gauzy mood of Coppola’s 1999 debut, The Virgin Suicides, and like that film, it hits a note or two of sunlit despair. Shot by Philippe Le Sourd, the picture has the look of a misty dream, almost as if you’re watching from behind a wall of sleep. The sounds of the natural world creep through. Birds chatter and trill, and cicadas do their weird whirring thing, possibly their attempt to impart secrets about the dark side of female desire. Yet this sly, elegant picture is sympathetic to both men and women: each side has plenty to lose, and the final shot is a melancholy sonnet. The sensuality of deceit has never looked so enticing–or so mournfully beautiful. 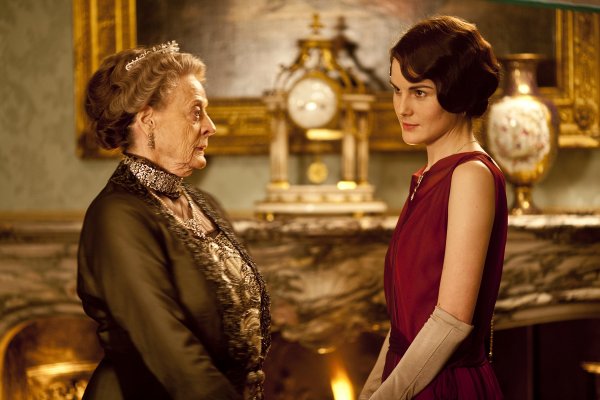 We Might Finally Be Getting That Downton Abbey Movie
Next Up: Editor's Pick