'I Don't Want You to Get Shooted.' New Video Shows a Daughter's Plea After Philando Castile Shooting

New police footage released Wednesday reveals more of the immediate aftermath of the fatal 2016 police shooting of Philando Castile in a Minnesota suburb, depicting the heartwrenching moment shared in the back of a police car between Castile’s girlfriend and her daughter.

The video, released following the acquittal of the police officer who shot Castile, shows Diamond Reynolds with her four-year-old daughter. An emotional Reynolds is heard shouting an expletive, and her daughter pleads with her to be quiet so that she won’t “get shooted.” Later, when Reynolds says she wishes she could take her handcuffs off, her daughter again implores: “No, please don’t, I don’t want you to get shooted.”

“They’re not going to shoot me, I’m already in handcuffs,” Reynolds responds.

The video was among a vast collection of documents released by state authorities following the manslaughter trial of Jeronimo Yanez, the former police officer who shot Castile, NBC News reports. Yanez was acquitted last week, and authorities released police dashcam footage of the encounter this week.

The shooting of Castile drew national attention after Reynolds live-streamed the harrowing moments following the shooting on Facebook. 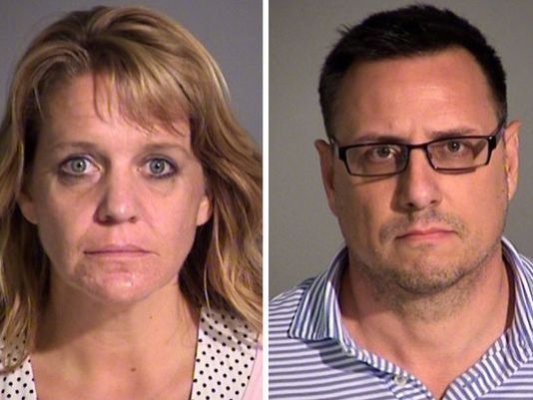 'Partying Was More Important Than Their Child.’ Parents Face Neglect Charges After Bringing Baby to a Bar
Next Up: Editor's Pick