The U.S. Senate is rushing to vote next week on a health care bill that no one has seen. But we know what Republicans are promising — something “better than” the House bill — would still make health care worse for Americans. And that is not good enough.

Under the American Health Care Act (AHCA), which passed the House in May, 23 million Americans would lose health insurance coverage according to the Congressional Budget Office (CBO). It would cause premiums and out-of-pocket costs to go up for every type of health coverage. The American people and health professionals condemned the bill for the consequences it will reap on Americans, and Republican Senators assured the public they would develop something different.

But that isn’t what the Senate is doing. Its bill has been drafted behind closed doors, without the benefit of public hearings or expert input. Its bill will have immediate, inevitable and widespread impacts, which are not fully understood. Republican leadership probably suspects that its bill cannot withstand debate and scrutiny. And while text may be released soon, we do not know whether that version is what CBO has scored and will be ultimately brought to a final vote. There will likely be last minute changes, the impact of which will also be unclear but, as in the House debate, overstated and not able to be fact-checked in a way that gives Americans confidence their health care will not be worsened.

So the American people — who are rightly skeptical when their leaders do something in secret rather than use a well-established, open process — are left to guess how their families’ health care and financial security and one-sixth of the American economy will be affected.

Before the Affordable Care Act became law, President Obama and Members of Congress spent over a year listening to people in community discussions, town hall meetings and publicly aired White House sessions with members of both parties. Congressional Democrats held hearings, accepted Republican amendments and spent 25 days debating the bill on the Senate floor. What resulted was a bill that — while not perfect — extended health care to millions, began to control health care costs, protected 130 million Americans with pre-existing conditions from discrimination, strengthened Medicare and reduced the deficit.

Because there is still more work to do to, President Obama suggested a simple test for any legislation: Does it make things better, or does it make things worse? President Trump has claimed that his health reform bill would cover more people and lower deductibles, as well as protect Americans with pre-existing conditions. But there is no evidence to support this.

For the sake of argument, let’s take Republicans at their word. Senator John Cornyn said that “80% of what the House did, we’re likely to do.” Let’s suppose that Senate bill would do 80% of the harm of the House bill. Eighty percent of the coverage loss would mean over 18 million people losing coverage and a record-high spike in the nation’s uninsured rate.

A bill that’s 80% as bad would cut off Medicaid treatment for over 1 million people with opioid addiction and other behavioral health disorders at a time when the opioid crisis is ravaging communities from Alaska to Ohio to West Virginia. And 80% of the coverage impact would still contribute to the preventable deaths of 19,000 Americans.

A bill that’s 80% as bad would still cause costs to skyrocket. A low-income 64-year-old would pay $9,500 in higher individual market premiums, if the rate shock is 80% of CBO’s 2026 estimates. People with pre-existing conditions would still be left without coverage for the treatment they need. Deductibles and copays would go up, not down, at a time when out-of-pocket costs are a top concern for many Americans, including those with job-based coverage.

Economic damage would ensue as well. A bill that is 80% as bad would result in job loss for nearly 740,000 Americans. It would increase state and local costs by billions. And it would be a tipping point for rural hospitals whose low margins depend on patients being insured.

There is still time for Republican Senators to abandon their partisan, secretive and potentially devastating plan. If it is a good enough law to govern the land, it is good enough for real discussion in the light of day. The door is open to sensible, bipartisan solutions. It’s time to walk through it. 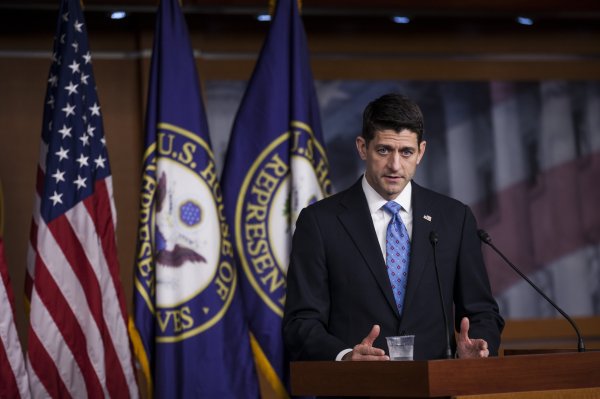 The CBO Report Was a Healthy Dose of Reality on Repealing Obamacare
Next Up: Editor's Pick