After Trevor Noah criticized the NRA for its silence regarding the fatal police shooting of Philando Castile, the Daily Show host turned to his own experience as a black man living in the United States.

Castile was shot last July during a traffic stop by a Minnesota police officer who was last week acquitted of manslaughter in the fatal shooting. Prior to his death, Castile was stopped by police dozens of times. Centering on this fact, Noah shared that he has frequently been stopped by police in the roughly five years he has lived in the U.S.

“It’s the truth. I’ve been stopped a sh-t-ton of times,” he continued, noting that he has been stopped by police in a number of vehicles. “I’ve been stopped in a Tesla. A Tesla, people. I don’t know what silent crime you think I’m on my way to commit.”

Noah said he has “just accepted it,” and always reacts to being stopped in the same way. When Noah gets pulled over by a police officer, he throws his arms out his window.

“It looks so stupid when you see me,” he joked. “I just throw my arms out the window. I would rather have the cop go, ‘You’re weird,’ and then we go from there. I’m like, ‘All right, cool but you saw where my hands are.'” 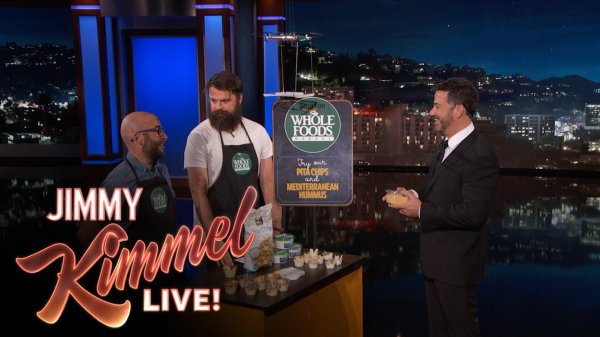 Watch Jimmy Kimmel Have a Terrible Time at 'Amazon Whole Foods'
Next Up: Editor's Pick