We Might Finally Be Getting That Downton Abbey Movie

The Crawley family may soon be returning to the screen.

It’s been less than two years since Downton Abbey came to an end, but a movie is in the works, EW has confirmed.

Michael Edelstein, president of NBCUniversal International Studios, told the Associated Press on Wednesday that the film has “been in the works for some time” and production expected to begin in 2018.

EW.com: This Is What the Stars of Downton Abbey Look Like in Real Life

“We are working on getting the script right and then we’ve got to figure out how to get the [cast] together,” Edelstein told the AP at the opening of “Downton Abbey: The Exhibition” in Singapore. “Because as you know, people go on and do other things. But we’re hopeful to make a movie sometime next year.”

Edelstein added that he hopes to get 20 returning cast members for the film, and although several actors told the AP that they weren’t officially signed on, they’re hopeful that they’ll get to return to the abbey soon.

“Oh, well, you’ve got confirmation before us. We have no idea if that’s happening,” Sophie McShera, who played Daisy, told the AP. “But we would all love to be part of the film if it was to happen, for sure.”

Julian Fellowes’ long-running British television show, which became an international hit, concluded with a Christmas special in December 2015. (In the U.S., the finale aired on PBS in March 2016.) Ever since, fans have been asking about whether the aristocratic Crawleys and their staff might return in the form of a film, and earlier this month, Fellowes teased that “it’s pretty likely the Downton movie will happen.”

“I keep being asked about the Downton film,” Fellowes said. “I’ve done some work on the script, because I don’t want to find there’s a green light and no script ready. But we’re still waiting for that green light from the studio. Then the biggest difficulty will be rounding up all the cast as, compared with most series, it has such a large cast. And it needs them to feel Downtonesque.” 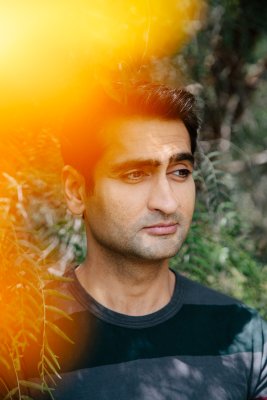 Kumail Nanjiani Is the Romantic Comedian We've Been Waiting For
Next Up: Editor's Pick