For decades, scientists have searched for a new type of antidepressant, one that works differently from the 20-plus drugs already on the market. Finding a new option is crucial, since a third of people don’t respond to available depression treatments.

They haven’t had much luck — except for the discovery that IV infusions of ketamine hydrochloride, an FDA-approved anesthetic, can cause rapid antidepressant effects in many people with stubborn depression.

Figuring out exactly how ketamine has these effects has been a researcher’s dream, since ketamine is too problematic a drug to currently be considered a mainstream depression treatment. It’s illicitly used — and abused — as a psychedelic club drug and can cause hallucinations. Ketamine can also have negative side effects when used off-label to treat depression, including unexpected changes in heart functioning, cognition and respiration. Its antidepressant effects fade, so it typically has to be given over and over again, and it’s not yet clear how safe or effective it is when taken long-term. Developing a drug that works like ketamine, but without all the baggage, is the holy grail — but scientists haven’t known quite what to target.

Now, in a new study published in the journal Nature, scientists have more proof of how ketamine works in the brain to trigger fast-acting antidepressant effects. This finding could help pave the way for the development of safer drugs and an entirely new kind of antidepressant.

Lisa Monteggia, the study’s lead author and a neuroscientist at the O’Donnell Brain Institute at UT Southwestern Medical Center, believes the finding is revolutionary in the field. “Until you have a target, it’s very difficult to think about designing drugs or even knowing what drugs to screen,” she says. “What we’re suggesting is a pathway for how you can trigger a rapid antidepressant effect.”

In their new laboratory research, Monteggia and her colleagues studied what happens when a metabolite of ketamine is applied to a certain part of the brain called the NMDA receptor, which plays a role in many brain functions. Past research has indicated that ketamine blocks this receptor, which seems to trigger psychedelic and antidepressant effects.

They found that it does block the receptor, which sets off a cascade of effects, including antidepressant ones. But the newest and most exciting finding is that ketamine appears to block the NMDA receptor by sitting on a very particular region of it.

That precise placement may be key, because some other drugs that block the NMDA receptor haven’t shown antidepressant effects. “We think that the specificity is what’s important to trigger this signaling cascade,” Monteggia says. “This receptor is very complicated in terms of its function, and not all blockers are the same.”

Much more research is needed, including studies in humans. But understanding exactly how ketamine acts on this receptor gives scientists a much-needed target to aim for when developing a next-generation drug. It also allows researchers to look back at existing drugs in search of one that works similarly. “It’s been very disappointing, trying to develop novel antidepressants and not really knowing what to target,” she says. “I think people are on the right track in terms of looking at NMDA receptor blockers as antidepressants.” 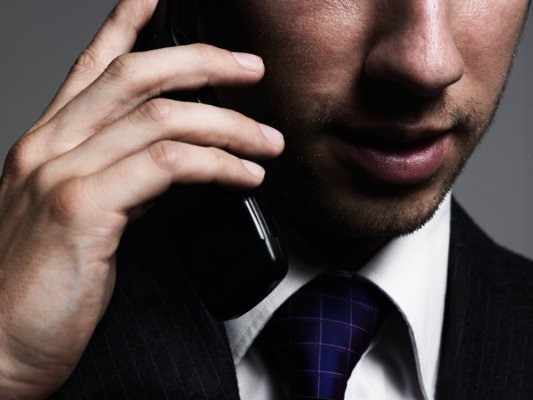 Why Do I Hate the Sound of My Own Voice?
Next Up: Editor's Pick