Activists in China Saved 1,000 Animals From Slaughter Ahead of an Annual Dog Meat Festival

A dog looks out from its cage at a dog meat festival at a market in Yulin, in southern China on June 22, 2015.
Johannes Eisele—AFP/Getty Images
By Ryan Kilpatrick

Activists in China saved up to 1,000 animals bound for the slaughterhouse Tuesday, ahead of a controversial dog-meat festival that many hoped had been called off.

According to the Humane Society International (HSI), the dogs and cats were rescued from a truck intercepted in Guangzhou, southern China. HSI China policy specialist Peter Li said the intervention was “the single largest dog and cat truck rescue that we’ve seen so far in China.”

This week the annual Yulin Dog Meat Festival begins in neighboring Guangxi, despite earlier reports that the local government had cancelled the event. The annual meat-fest regularly courts international condemnation.

According to China’s state-backed newspaper the Global Times, this year’s festival will be more “subdued” to avoid controversy.

Last year, celebrities Matt Damon, Pamela Anderson and others added their voices to mounting criticism of the event. A petition in China to abolition the festival attracted 11 million signatures.

Officially known as the Lychee and Dog Meat Festival, the event has been celebrated on the Summer Solstice in Yulin for centuries. In Chinese Traditional Medicine, consuming dog meat is believed to ward off the heat in the balmy midsummer.

Up to 20 million dogs and four million cats are killed annually in China for human consumption, HSI estimates. 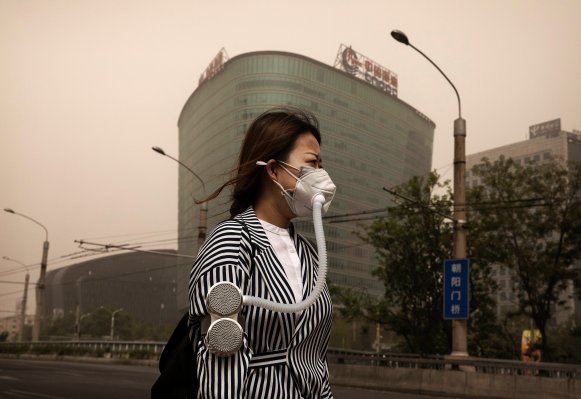 China Could Lead the World in the Fight Against Climate Change
Next Up: Editor's Pick