President Donald Trump’s approval rating has remained steady since February, even as he faced backlash from the abrupt decision to fire FBI Director James Comey, and after the Justice Department appointed a special counsel to oversee the investigation into Russian interference in the 2016 election.

The Democrats’ approval rating was slightly higher at 44%, but, like the Republicans, had a decrease of seven percentage points since January.

Of those surveyed, 54% said the Republican Party was too extreme, while 45% said the same thing about the Democratic party.

When asked which party cares about the middle class, Democrats easily bested Republicans, 57% to 42%. 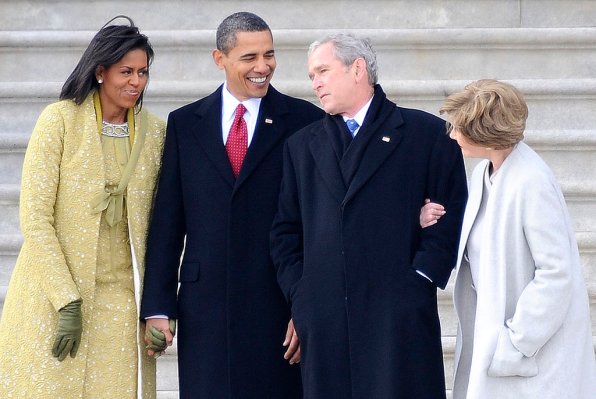 Most Americans Still Like Both George W. Bush and Barack Obama, Poll Says
Next Up: Editor's Pick