This Store Is Making Its Own Wannabe Original Toblerone

Swiss chocolate Toblerone is known for its iconic triangular shape. U.K. fans have been left angered over changes to the chocolate's weight and shape, taking to social media to blame Brexit for rising costs.
lovleah—Getty Images
By Melissa Locker

The United Kingdom’s decision to leave the European Union is a divisive issue, but there’s one side effect of so-called Brexit that some people agreed on post-Brexit: they were unimpressed by the Toblerone chocolate bar’s design change. So one shop is doing what it can to bring peace to the people with a chocolate bar.

The Swiss chocolate bar was beloved by Brits (and everyone else) for its chocolate, honey, almond flavor and unique triangular shape, that was easy to snap off into bite size pieces. As the British pound dropped in value against the Euro, Toblerone’s manufacturer had to make a few cutbacks due to the rising cost of ingredients and opted to make up losses by reducing the weight of the bars by putting wide gaps between its trademark triangles in bars for sale in the UK. Customer uproar was intense, even leading to a headline in The Guardian that read, “Toblerone gets more gappy, but [its] fans are not happy”. Former Labour deputy prime minister John Prescott put the blame firmly on Brexit in a tweet showing the difference.

Now, Poundland, the UK equivalent of the dollar store, is making their own pre-Brexit version of Toblerone without the gaps, according to Metro. The mountainous-looking chocolate bar is called Twin Peaks and it is very much inspired by Toblerone, albeit with two chocolate peaks instead of just one triangular bit. No word on the taste yet, but it weighs more than the Toblerone bar, costs only one pound, and most importantly, there are no gaps. 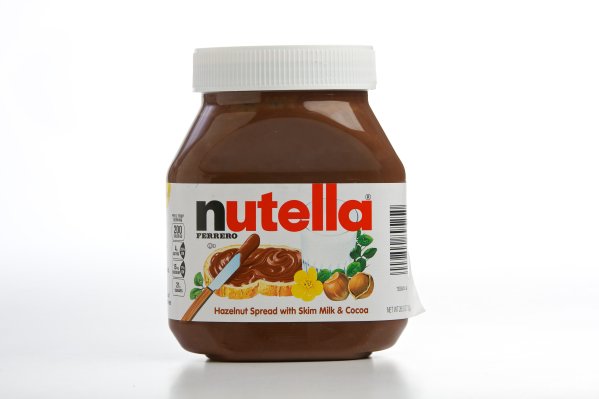 Nutella Maker Wins Case Against Rival Chocolate Spread That Claims It's Much Healthier
Next Up: Editor's Pick