The Killing of a Muslim Teen in Virginia is Being Investigated as Road Rage, Police Say

Police in northern Virginia say they are investigating the killing of a Muslim teenager Sunday as an incident of road rage.

Fairfax County authorities said there is “no indication” that the death of 17-year-old Nabra Hassanen was a hate crime, the Washington Post reports.

Darwin Martinez Torres, 22, has been charged with her murder. The Associated Press reports that he has been denied bail pending a court appearance on July 19.

Nabra was walking back to her mosque from a nearby McDonald’s with a group of up to 15 friends when Martinez Torres, who was driving by, reportedly had an argument with one of the teens and then drove over the curb to scatter the crowd.

According to the Post, Martinez Torres caught up with the group in a parking lot shortly thereafter, chasing them with a baseball bat. He struck down Nabra and absconded with her in his car. Her body was found the following afternoon in a pond near Martinez Torres’ home.

Authorities were initially investigating the incident as a possible hate crime, according to the Post, but police now say signs point to road rage. The suspect’s motivation is still under investigation, however.

Mohmoud Hassanen, Nabra’s father, told the Guardian that he does not believe the police account and still suspects that his daughter was targeted because of her religion.

“He killed my daughter because she is Muslim,” Hassanen said. “That’s what I believe.” 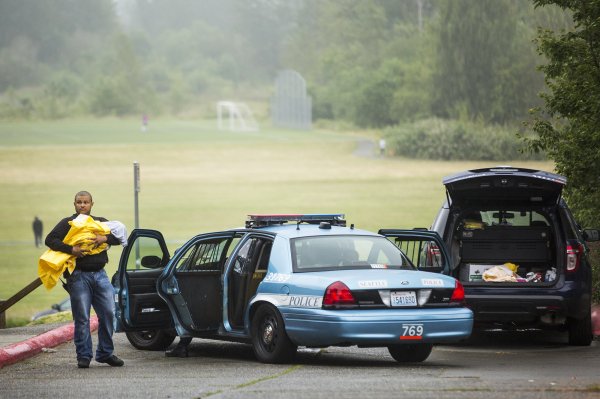