Somali officials pray over the body of Abdullahi Siraji during his funeral in Mogadishu on May 4, 2017.
Mohamed Abdiwahab—AFP/Getty Images
By Ryan Kilpatrick

A military court in Somalia has sentenced a soldier to death by firing squad over the fatal shooting of Abas Abdullahi Sheikh Siraji, the country’s 31-year-old minister of public works.

The BBC reports that the soldier, whose lawyers said the shooting was an accident, can appeal the ruling. The officer reportedly mistook Siraji for an Islamic militant before shooting him inside his car in the capital Mogadishu in early May.

Siraji became Somalia’s youngest parliamentarian in 2016. Popular among Somali youth, he set another record for the East African nation when he was sworn in as its youngest-ever cabinet member in April this year.

Considered a “rising star” in Somalia’s politics, Siraji grew up in a refugee camp in Kenya and later returned to his home country to begin a life of public service. His sudden death caused shock and anger in the politically fragile country, particularly among his youthful support base.

Somalia has been wracked by civil strife since 1991. Amid the many challenges of democratization and development, the government is also battling the Islamic militant group al-Shabab, which has ties to al-Qaeda. 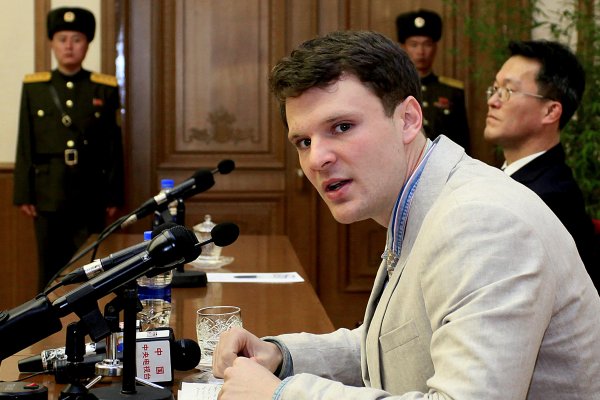 Otto Warmbier Dies After Release From North Korea
Next Up: Editor's Pick