“He was slurring his words, was not able, pretty much, to stand on his own. At one point, he almost fell over into the street,” San Diego Police Officer Billy Hernandez told TIME. “At that point, officers determined he was not able to care for himself.”

The 30-year-old actor, who recently starred in Whiplash and War Dogs, denied that he was arrested and told his Twitter followers not to “believe everything you read.”

“Went down to SD to see my buddy before he deployed. I wasn’t arrested I was detained bc there was no evidence to charge me with a crime,” Teller tweeted Monday.

But Hernandez confirmed that Teller was arrested and charged with public drunkenness.

“He went to jail,” Hernandez said, adding that Teller was taken to jail after being turned away from a detox center because “he was uncooperative with the staff.”

Teller was booked at 2:09 a.m. and spent a few hours in jail before being released, Hernandez said. He did not have information about the conditions of his release. 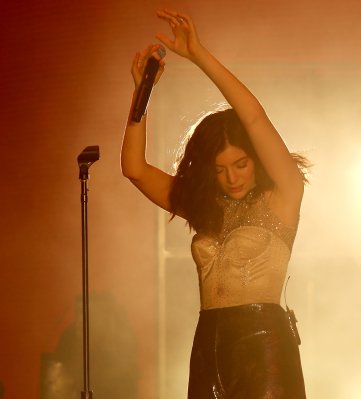 Lorde Looks Back at Her Musical Debut as a 'Little' Self-Assured 16-Year-Old Person
Next Up: Editor's Pick