6 Resigned from Trump's HIV/AIDS Advisory Board. Here’s Why One Doctor Stayed

Six members of the Presidential Advisory Council on HIV/AIDS (PACHA), a president-appointed group tasked with advising the secretary of Health and Human Services (and ultimately the President) on how to promote the best HIV treatment and prevention strategies, resigned on June 16 in a show of frustration over President Trump’s policies in health care.

“The Trump Administration has no strategy to address the on-going HIV/AIDS epidemic, seeks zero input from experts to formulate HIV policy, and—most concerning—pushes legislation that will harm people living with HIV and halt or reverse important gains made in the fight against this disease,” wrote Scott Schoettes, counsel and HIV Project director at Lambda Legal, in a letter published by Newsweek. Schoettes, along with five others on the 18-member council, resigned from PACHA.

Not all members of the council felt that leaving was the most effective way forward. “I choose to believe that through our various networks, and whatever means we have, the council will somehow help reason and science to prevail,” says Dr. Ada Adimora, professor of medicine at University of North Carolina at Chapel Hill and a PACHA member who decided to stay.

The resignations were in part over the American Health Care Act (AHCA), a bill that may make health care access for people with pre-existing conditions more difficult and could prevent many people living with HIV from receiving proper treatment. “It was very clear this administration was not going to substantively engage this advisory body or anyone else in formulating new legislation,” says Schoettes, adding that it was drafted without consultation from many health care leaders, including those who focus on HIV. “The AHCA would have a devastating effect on people living with HIV, and I decided I could no longer be part of that or be effective from within an administration that wasn’t willing to listen.”

Lucy Bradley-Springer, a recently retired associate professor from University of Colorado School of Medicine and editor of the Journal of the Association of Nurses in AIDS Care, also resigned. “As soon as the election happened, I started having concerns,” she says. “I knew health care was going to suffer. Because of what I had heard during the campaign, it gave me reason to worry about the health care of the entire country, but especially of people living with HIV.”

In the letter, Schoettes wrote, “we will be more effective from the outside, advocating for change and protesting policies that will hurt the health of the communities we serve and the country as a whole if this administration continues down the current path.”

The members of the council choosing to remain are just as concerned about the Trump administration’s policies on HIV-AIDS. “The policies promoted by this administration, including the substantial Medicaid budget cuts, are grossly antagonistic to the health of people with HIV,” says Adimora. “They go directly against the National HIV/AIDS Strategy.” That strategy, developed by the Obama administration, outlines a five-year plan for controlling the HIV epidemic in the U.S. by improving HIV testing and access to life-saving drugs. These drugs are effective not only by treating HIV in people who are infected, but also by lowering HIV virus levels in people who are already infected, so that they are far less likely to pass it to others.

Cuts in Medicaid funding will also directly affect people living with HIV, says Adimora, since about 40% of people who are HIV positive rely on Medicaid for health care services. “Anything that threatens health care access is a threat to people with HIV and a threat to public health in general,” she says. “What is keeping the epidemic at bay in the U.S. is access to care, which includes access to drugs and clinicians. It’s not that the virus is becoming less virulent.”

From inside the council, Adimora says she hopes to “impact some of the policies being pursued by the administration.” There is no clear strategy yet for convincing the administration to alter its position, she says, but she plans to push for the goals set forth in the National HIV/AIDS Strategy. “If people communicate with their lawmakers, and make it clear exactly how damaging the policies are, reason will prevail,” she says. 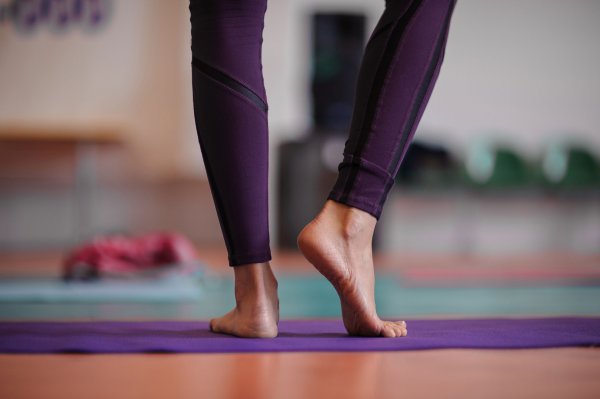 Yoga Works as Well as Physical Therapy for Back Pain
Next Up: Editor's Pick