Stanley McChrystal: Every American Should Serve For One Year

Presidents Barack Obama and Bill Clinton speak during the AmeriCorps Pledge ceremony marking the 20th anniversary of the national service program at the White House on Sept. 12, 2014.
Leigh Vogel—WireImage/Getty Images
Ideas
By Stanley McChrystal
McChrystal is a former Army General, founder of the McChrystal Group, the founding chairperson of Service Year Alliance, and a co-chair of the Serve America Together campaign to make national service part of growing up in America.

America needs a restart. It has long devoted its energies to solving its many big problems — unequal opportunity, crumbling infrastructure, lagging education, inadequate training in a changing economy and threats to peace around the world. But it has done so with tired methods. Simply doing more or less of what we have done in the past will not fix what the United States faces. Every solution requires more than another budget negotiation or Facebook post. Each also requires trust and consensus — the hard and disappearing work of democracy.

Our civic landscape today is quite disturbing. Trust in one another and in key institutions are at historic lows. Our politics have become nastier; it’s harder to get anything done. Meanwhile, most of the other indicators of our civic connectedness — volunteering, voting, joining voluntary and civic associations — are significantly down from previous years.

This is not the America we can be. We are a nation of innovators and problem-solvers who sparked revolutions in democratic government, civil rights, communications, flight, rural electrification and technology. We are a country defined by ideals now in need of rescue.

America needs a big idea that plays to its strength. It should look to national service.

We should get to the business of providing at least one million opportunities each year for young Americans to spend a service year with peers who are different from them — by race, ethnicity, income, politics and religious belief. At this scale of one full quarter of an age cohort, serving together to solve public problems will build attachment to community and country, understanding among people who might otherwise be skeptical of one another and a new generation of leaders who can get things done. I saw these effects for 34 years in the U.S. Army. We need them in civilian life.

Building from the outstanding infrastructure of AmeriCorps, YouthBuild, Peace Corps and other programs, Service Year Alliance analysis shows we could unleash the energy of our young people to tutor and mentor students in low-performing schools; support the elderly so they age with dignity; help communities respond to disasters; assist veterans reintegrating into their hometowns; and perform a thousand different tasks of value to our country. The Serve America Act — passed by Congress nearly a decade ago — already contemplates that we ramp up these opportunities from about 75,000 AmeriCorps positions today to 250,000, getting us one-quarter of the way toward our goal. Congress needs to follow through on its bipartisan commitment and fund these positions.

In coal country in Kentucky, fifty Volunteers in Service to America helped put unemployed coal miners back to work in computer coding and telework jobs and connected more than 25,000 unemployed workers to job training and placement services. We should bring this effective approach to scale across rural America and the rust belt.

In Detroit, 150 national service members in an Urban Safety Corps are reducing crime and increasing public safety by engaging residents in boarding up vacant homes, expanding neighborhood watch groups, ensuring students get to school safely, and conducting home safety audits to protect residents from violence. Crime has declined in these neighborhoods and saved taxpayers millions of dollars. There is no reason to believe this couldn’t be replicated elsewhere.

States like Iowa and Virginia are using existing resources across agencies to create new corps to address public problems to boost literacy and alleviate child hunger and are hiring national service members across state government because they have built skills in leadership, problem-solving, and working in teams. All states could do this and meet public needs at lower cost.

Sargent Shriver wanted to run the Peace Corps through colleges, but the infrastructure did not exist when he founded the agency in 1961. It does now. Many colleges, including William and Mary, Tufts, Miami-Dade College, Tulane and Averett, are creating service year opportunities for their students at home and abroad, while connecting service to courses of study, offering course credit and embedding a serious commitment to national service in their policies of admission and graduation. More of America’s colleges could make a similar commitment.

Congress can do three powerful things to help. First, it should honor its commitment to provide 250,000 national service opportunities each year through the Serve America Act. Second, it could amend the National Defense Reauthorization Act to have civilian service meet the needs of military families and veterans, and to enable veterans to perform civilian service to help transition back to civilian life. And third, Congress should pass Senator John McCain’s bill to create a 21st Century Civilian Conservation Service Corps, which he introduced in 2015, to engage young Americans and veterans in restoring national parks and other public lands.

Through a serious commitment to bridging our differences and restoring our confidence in solving big challenges together, America can reignite the energy needed to make our country what it can be. 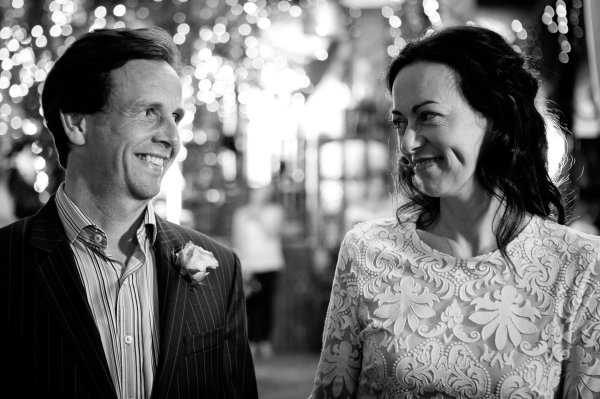 Meet the Couple Who Got Married in Virtual Reality
Next Up: Editor's Pick