NASA Discovers 10 Potential Planets That May Be Habitable

NASA revealed Monday that one of its teams discovered hundreds of new potential planets, 10 of which may be habitable.

The Kepler space telescope team added 219 new potential planets to its catalog, bringing its total findings over the first four years of observation to 4,034 planet candidates. Of those, 50 have now been flagged as potentially habitable because they are similar in size to Earth and 30 have been verified, NASA announced from its Ames Research Center in California.

“This carefully-measured catalog is the foundation for directly answering one of astronomy’s most compelling questions – how many planets like our Earth are in the galaxy?” said Susan Thompson, a Kepler research scientist and lead author of the study.

The 10 new potential planets could be rocky, and orbit in a range called the “habitable zone,” which means there could be liquid water on their surfaces.

The Kepler spacecraft will continue its mission to search for new potential planets and collect information about the galaxy. This data will enable scientists to determine what kind of planets make up our galaxy and monitor possible Earth-like planets. 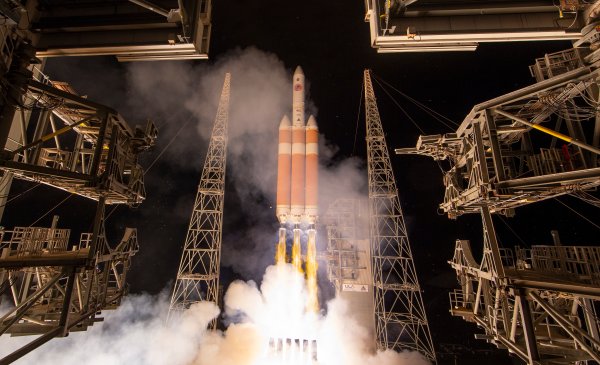 NASA Launches Mission to the Sun
Next Up: Editor's Pick