Otto Warmbier, the American college student who was released from North Korea’s custody last week, has died, his family said. The 22-year-old had arrived home in a coma after suffering “severe injury to all regions of the brain” while he was imprisoned in North Korea for more than a year. “Unfortunately, the awful torturous mistreatment our son received at the hands of the North Koreans ensured that no other outcome was possible beyond the sad one we experienced today,” Warmbier’s family said in a statement.

Democrat Jon Ossoff and Republican Karen Handel will face off today in a special election for a congressional seat in Georgia. The race has become the most expensive House race in history. Here’s what you need to know about the election.

Star Wars actress Carrie Fisher had cocaine, as well as traces of heroin and ecstasy, in her system when she suffered a medical emergency on a flight last December, according to an autopsy report released Monday. Fisher died four days later. It’s unclear whether any of the drugs played a role in her death. A medical examiner ruled that Fisher’s official causes of death were sleep apnea and a mix of other factors.

Mattel revealed more than a dozen new diverse Ken dolls that come in different skin tones, body types and hairstyles — including cornrows and a man bun. “We are redefining what a Barbie or Ken doll looks like to this generation,” Lisa McKnight, the senior vice president and general manager of Barbie, said in a statement. “Evolving Ken was a natural evolution for the brand and allows girls to further personalize the role they want him to play in Barbie’s world.”

Trump’s son-in-law Jared Kushner is going to the Middle East in search of a Israeli-Palestinian peace deal.

The killing of a Muslim teen in Virginia is being investigated as road rage, police said.

Black children are 10 times more likely than white children to die from guns, according to a new study.

NASA has discovered 10 potential planets that may be habitable.

Dozens of flights have been canceled in Arizona due to the extreme heat.

Millions of Americans who bought an e-book now have free Amazon credits, thanks to a lawsuit settlement. 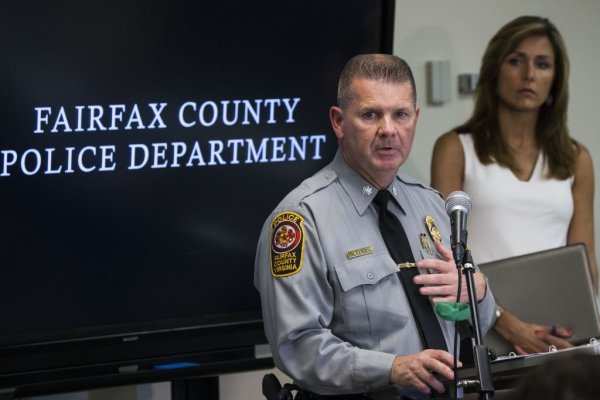 Killing of Muslim Teen Was Road Rage, Police Say
Next Up: Editor's Pick