This Rainbow Crosswalk Is Now a Permanent Fixture of LGBTQ Pride

The rainbow painted crosswalks on Church Street reflect the feet of passersby after heavy rain. Participants in the Toronto Dyke March did not let the heavy rainfall dampen their spirits during Pride Toronto 2015. JUNE 27, 2015.
Chris So—Toronto Star via Getty Images
By Jennifer Calfas

The city of Atlanta is making its celebration of the LGBTQ community this month permanent.

Last week, the city announced a rainbow crosswalk temporarily installed in the city during Atlanta Pride Week in 2015 will become a permanent fixture. The decision came one year after 49 people were killed at Pulse nightclub in Orlando, Fla., in a devastating tragedy for the country and especially the LGBTQ community.

To honor those lives lost and make Pride Month a year-long celebration, the permanent rainbow crosswalks will be installed at the intersection of Piedmont Avenue and 10th Street in midtown Atlanta — a community historically known for being the hub of the city’s LGBTQ community.

“For the past year, Atlanta has grieved alongside Orlando,”Atlanta Mayor Kasim Reed said in a statement. “Our city has rallied around our LGBT community, and we have not shied from demonstrating our unity and solidarity. And with this spirit, I cannot think of a more important time to reaffirm our unwavering and unqualified support for our LGBTQ residents.”

The original rainbow crosswalks were erased in 2015, two weeks after Atlanta Pride week. Since then, more than 22,200 people signed a petition urging Reed to make the crosswalks a permanent fixture.

“We must never forget that love defeats hate, and light defeats the darkness,” Reed said. 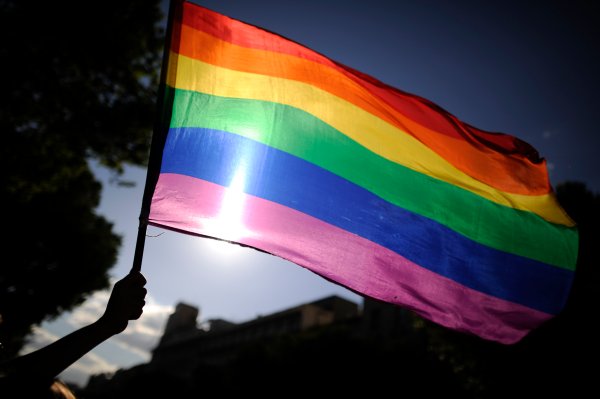 Catholics Should Accept and Love All LGBTQ People
Next Up: Editor's Pick