Michael Phelps Is Going to Race a Great White Shark

Olympic swimmer Michael Phelps will test his speed in the water — and perhaps his courage — by racing a great white shark.

Phelps, who has 23 Olympic gold medals and 39 world records under his belt, will compete against a shark in an upcoming Discovery program during “Shark Week,” the cable channel said in a news release Thursday.

“They are one of the fastest and most efficient predators on the planet: Sharks. He is our greatest champion to ever get in the water,” Discovery said. “But he has one competition left to win.”

Details about the race, including whether Phelps would be in the same pool as the predator or how his safety would be ensured, are unclear. The race airs July 23 at 8 p.m. ET.

Discovery called it “an event so monumental no one has ever attempted it before.” 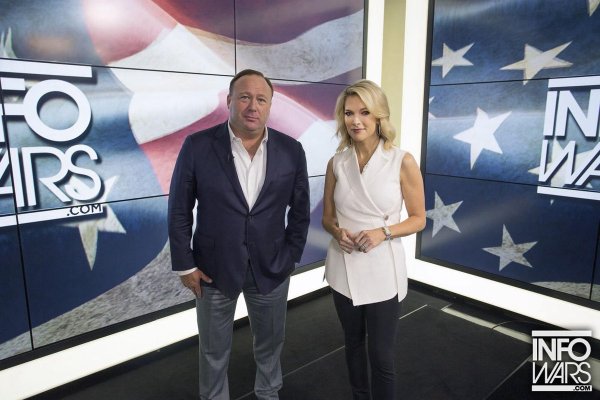 Megyn Kelly Has Come Under Fire for an Interview With Alex Jones. Here's What to Know
Next Up: Editor's Pick