Deputy Attorney General Rod Rosenstein faced a public attack by President Donald Trump on Friday over the ongoing investigation into Russian meddling in the 2016 election, but the Department of Justice says Rosenstein is not preparing to recuse himself as has been suggested in reports.

“As the deputy attorney general has said numerous times, if there comes a point when he needs to recuse, he will. However, nothing has changed,” DOJ spokesman Ian Prior said in a statement, according to the Washington Post.

ABC News reported Friday that sources within the Department of Justice said Rosenstein had acknowleged that he could have to recuse himself in a meeting with colleagues. Rosenstein is overseeing the investigation into Russian meddling, though it is being spearheaded by a special prosecutor, Robert Mueller.

Because the investigation now includes questions about whether or not President Donald Trump may have obstructed justice in conversations with former FBI Director James Comey who he later fired, Rosenstein’s involvement has come under scrutiny. Rosenstein penned a letter outlining why he thought Comey could be let go, a letter the president reportedly asked him to write.

President Donald Trump suggested that there was some hypocrisy in Rosenstein’s involvement in a tweet on Friday, saying “I am being investigated for firing the FBI Director by the man who told me to fire the FBI Director! Witch Hunt”

Earlier this week, the president called the investigation the “greatest WITCH HUNT in American political history” and said it was being led by “some very bad and conflicted people.” 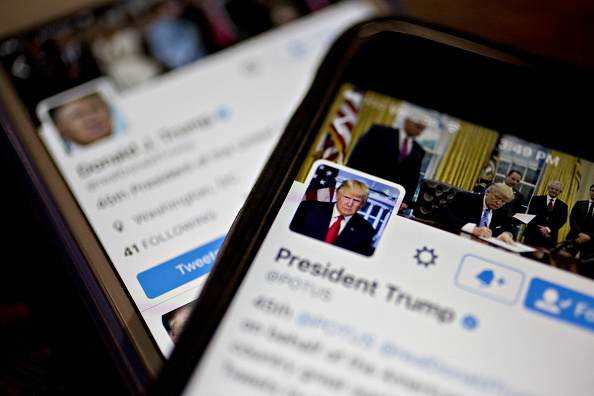 President Trump Is Leading Other Politicians to Pick Up Their Smartphones
Next Up: Editor's Pick