What Congress Needs to Change About Its Trump-Russia Investigation

Former FBI Director James Comey is sworn in before testifying before the Senate Intelligence Committee on Capitol Hill June 8, 2017 in Washington, D.C.
Alex Brandon—Getty Images
Ideas
By Faiza Patel, Rachel Levinson-Waldman
Patel is co-director of the Brennan Center’s Liberty and National Security Program; Levinson-Waldman is senior counsel at the center.

Our first reality TV president, Donald Trump, must be boiling with envy over James Comey’s blockbuster testimony to the Senate Intelligence Committee last week. The former FBI director, while shying away from legal conclusions, meticulously laid out facts that lead to one inescapable conclusion: The President’s official reasons for firing him were little more than a ginned-up justification for putting a wrench into the FBI’s investigation of ties between the Trump campaign and Russian operatives.

Special Counsel Robert Mueller will surely be looking into whether the dismissal rises to the level of obstruction of justice or whether other crimes were committed. But congressional inquiries serve a bigger role in our system, including pinpointing and addressing problems, educating the American people and identifying wrongdoing that may not rise to the level of a crime. Comey himself described the committee’s probe as “a model” of “a functioning democracy” and urged its members to “keep doing what you’re doing.” Congress’s jurisdiction is also much broader than that of the special counsel. The Senate Intelligence Committee, for example, is looking into “active measures” directed by Russia against the U.S. political process and voting infrastructure — efforts that, in Comey’s words, “tried to shape the way we think, we vote, we act.” These types of incursions are not going to end: As both Comey and other intelligence officials have made clear, the Russians “will be back” in coming elections.

Fortunately, Congress — which has by and large welcomed Mueller’s investigation — has thus far seemed willing to play its role. The Senate Intelligence Committee has been the most active, holding high-profile hearings, beginning to conduct interviews and issuing document requests.

But it can do more, and it can do better. A recent Brennan Center report on the Trump-Russia investigations draws upon the lessons of past congressional investigations to highlight the conditions necessary for the Senate Intelligence Committee’s effort to be successful.

First, even the midst of a highly charged political atmosphere, the committee must strive for bipartisanship. A Benghazi-style committee, set up to destroy a political opponent, is not the model. Rather, Congress needs to reach further back in history to examples such as the 1970s Church Committee and Watergate Committee. Despite some early missteps from the intelligence committee’s chairman, Sen. Richard Burr (R-N.C.), it appears that the committee is making significant efforts in this direction. Burr and his vice-chair, Sen. Mark Warner (D-Va.), held a press conference to jointly declare their commitment to bipartisanship. The committee also granted them the authority to jointly issue subpoenas, which means that one political party will not control what information is sought, unlike the arrangement in the House intelligence committee.

Second, the committee should clarify that the scope of its investigation includes exploring the President’s links to private entities through which the Russian government operates — a particular concern in light of the Trump family’s extensive business interests in the country. It should also tell the American people how long it anticipates the investigation to continue and commit to issuing a public report. This is especially important because while the special counsel’s report will be provided to the Justice Department and Congress, it will not necessarily be released. The American people deserve to know the truth about issues so fundamental to our democracy and security.

Finally, congressional leadership must urgently ramp up the resources available to the Senate Intelligence Committee. The committee is woefully understaffed to undertake a complex investigation of this sort and still contend with its regular workload. Public reports suggest the committee now has nine staffers who are assigned to the investigation (in comparison to the 46 staff for Benghazi and the 133 employed by the Church Committee).

The committee will likely need to grant immunity to least some witnesses in order to obtain information necessary for its work. In previous parallel investigations — most prominently Iran-Contra — congressional grants of immunity to witnesses undermined successful criminal prosecutions being brought by the Justice Department or independent counsel. The committee and special counsel can manage these potential conflicts. Comey, for one, testified that he had “no doubt” the committee could work in parallel with the special counsel. Indeed, his own appearance before the committee was cleared by the special counsel, and the committee heard this week from Attorney General Jeff Sessions, who himself may end up a target in the investigations.

The work being carried out by the Senate Intelligence Committee and other congressional committees is a necessary counterpart to the special counsel’s criminal investigation. The committees are aimed at carrying out their congressional oversight duties and, where necessary, checking the executive branch; the special counsel’s inquiry is aimed at bringing to justice those who might have committed crimes. American democracy will be best served by their twin efforts. 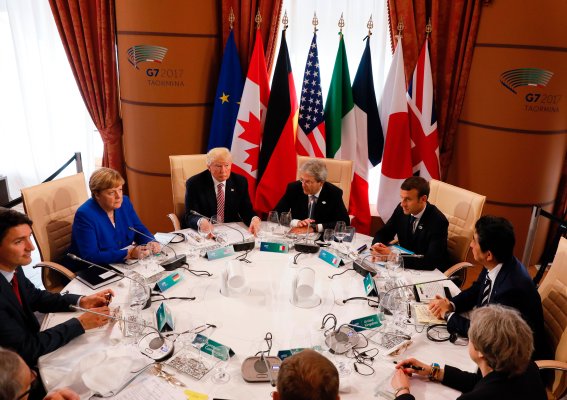 Why Americans Should Fight Donald Trump's Isolationism
Next Up: Editor's Pick