Ten people were injured after a vehicle plowed into a crowd of pedestrians near a mosque in London early Monday, authorities said. The 48-year-old driver was arrested. London Mayor Sadiq Khan said the incident was a “horrific terrorist attack.”

Right before NBC News aired Megyn Kelly’s controversial interview with conspiracy theorist Alex Jones on Sunday, Kelly said she felt it was important to feature him because he has “the ear” of President Donald Trump. “Some thought we shouldn’t broadcast this interview because his baseless allegations aren’t just offensive, they’re dangerous. But here’s the thing: Alex Jones isn’t going away,” she said on Sunday Night with Megyn Kelly. “He has millions of listeners and the ear of our current president.” The interview sparked outrage last week because Jones, a conservative radio host, has previously suggested the deadly Sandy Hook elementary school shooting was a hoax.

The Pentagon said U.S. forces have shot down a Syrian aircraft for the first time.

Trump’s lawyer said Trump is not under investigation for obstruction of justice.

A record 65.6 million people are now displaced worldwide, according to the U.N. refugee agency.

A new report has found that 20% of baby food contains traces of lead. 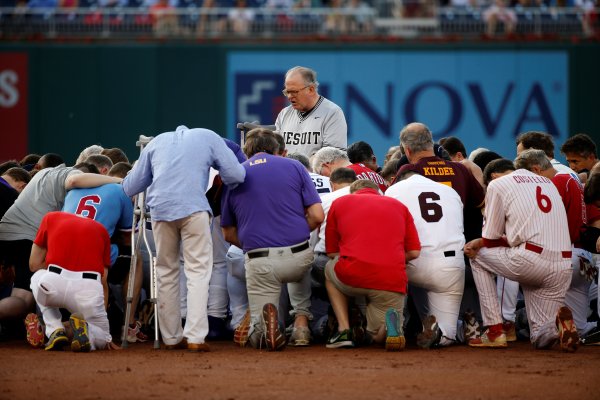