While a large majority of Americans think that Donald Trump should be spending less time on Twitter, The Daily Show is memorializing the President’s zealous activity on the social media platform.

Trevor Noah and The Daily Show cast debuted the Donald J. Trump Presidential Library on Friday, a free pop-up project in New York City with exhibits, videos, and placards dedicated to #45’s (or as The Daily Show refers to him throughout the pop-up, the “Commander-in-Tweets”) active social media presence. The library is around the corner from the president’s former residence, Trump Tower.

Within the museum, there’s a recreation of the Oval Office, resplendent with a Russian flag and a golden toilet instead of a chair at the desk.

One exhibit features framed prints of tweets from the president that were later deleted.

The pop-up is only open this weekend. 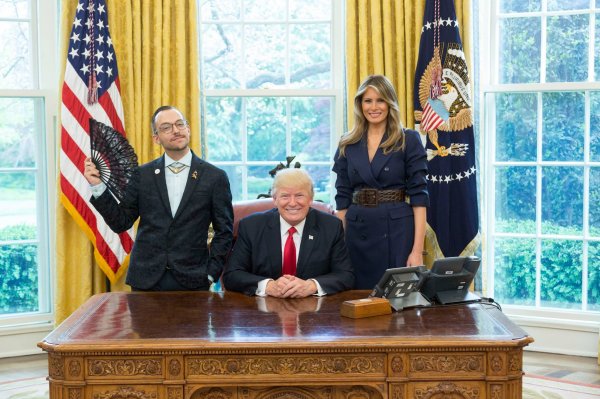 Here's How This Teacher of the Year Celebrated the LGBTQ Community in His Photo With Trump
Next Up: Editor's Pick