Pax Americana, the stabilizing role played by the U.S. superpower, is no more. The G-Zero era—where no one country (or constellation of countries) is willing or able to assume the responsibility of global leadership—is now officially upon us. And it’s already wreaking havoc; these 5 episodes tell the latest chapter of this story.

1. The reality of Brexit

The world has been stumbling toward the G-Zero for more than a decade now, but it was last year’s Brexit referendum that kicked things into high gear. Brexit not only saps the underlying strength of the European Union, the most ambitious political project in history, it also undermines the Transatlantic alliance that has underpinned the U.S.-led global order for the last 70+ years.

Britain’s departure from the European Union would have been challenging under the best of circumstances. With a president who believed that global leadership remains in the U.S. national interest, the U.S. might have acted as a good-faith intermediary during crisis points in negotiations—or at least helped limit the fallout if things go badly. Instead, Donald Trump is focused elsewhere, while Germany’s open disdain for the U.S. president and the U.K.’s desperation to keep America by its side post-Brexit is widening the divide between the continent and Great Britain even further.

Even more importantly, the next two years of Brexit negotiations will distract Europe from addressing its many shortcomings. The result will be more fragmentation of the Western alliance, and a deepening of the G-Zero.

2. The weakening of NATO Article 5

Donald Trump spent his presidential campaign bashing the 23 NATO members not spending the minimum 2% of their GDP on defense as pledged (not including Montenegro, which just joined NATO in June). Few expected Trump would try to make his (entirely fair) point by challenging NATO’s Article 5, the mutual defense clause in the organization’s charter that is the central pillar of the transatlantic defense relationship.

Late last week, Trump finally responded to criticism of his unwillingness during the G7 summit a couple of weeks ago to reaffirm Washington’s traditional commitment to Article 5 by making his commitment explicit. But the damage has already been done. A president with a more accommodating approach to Moscow than any of his post-war predecessors has now cast doubt on the U.S. commitment to collective transatlantic defense, leaving European governments scrambling for answers and inviting Russia to further test NATO resolve.

3. The global rebalancing of trade

In Asia, the decision to withdraw from the Transpacific Partnership (TPP) trade deal handed China its biggest victory over the U.S. to date. With the U.S. in the fold, TPP would govern 40% of the world’s GDP and 1/3 of all global trade, giving the U.S. much greater influence in the writing of rules of the road for all these countries and more deeply integrating the U.S. into their political and economic lives. It would also greatly reinforce U.S. presence and relevance in East and Southeast Asia.

Now China’s President Xi Jinping promises to take up the torch for “free trade” dropped by the U.S. with the China-led Regional Comprehensive Economic Partnership (RCEP). RCEP would cover an impressive 46 percent of the global population and 24 percent of global GDP, but its trade integration will be much shallower than with TPP. But it’s the symbolism that matters most—East and Southeast Asian countries have always known that China would remain after the U.S. receded, but they’re startled by the speed at which the U.S. approach to the region has changed. Trump’s decision to pull the U.S. from TPP leaves doubts about the future balance of power in Asia, and at a particularly fraught time.

4. The first crack in the Paris Agreement

Then there’s Paris; while the G-Zero won’t be around forever, it’s already having serious long-term implications. Climate change wasn’t being adequately addressed even before the G-Zero emerged, but the absence of global leadership has given Trump the cover he needs to pull the U.S. out of an important and hard-fought global deal. Just two countries weren’t originally party to the Paris Accords; Nicaragua didn’t join because the deal didn’t go far enough, and Syria has other problems. Now add the United States to this list.

Nicaragua wasn’t wrong about the limitations of the Paris Accords; even with the U.S. on board, current climate pledges would only curtail global warming to around 2.5 degrees Celsius, when the threshold to avoid catastrophic and irreversible damage is just 2 degrees. But that’s not why Trump chose to abandon the climate deal; he did it because he knew he could argue that he has saved the U.S. from a deal that leaves its economy at a competitive disadvantage. That’s a much-needed political win with his base. And in a G-Zero world where it’s every nation for itself, it becomes much easier to argue that one country’s loss is another’s gain.

5. The deepening rifts in the Middle East

And finally, the Middle East. The Middle East was plenty chaotic when the U.S. was more actively intervening in it; it turns out to be just as chaotic in its absence. That was made clear with the rise of ISIS, which used the U.S. pullback from the region to leap into the power vacuum in Iraq and Syria. But regional stability has taken an unexpected turn for the worse with last week’s unprecedented move by Saudi Arabia, the UAE, Egypt, and Bahrain to sever all ties with Qatar.

Qatar has long been an irritant for the Saudis and their fellow Gulf countries with its more accommodating stance toward the Gulf Arabs’ perennial rival Iran and support for the Muslim Brotherhood. Coverage of the region’s conflicts by the Qatari government’s state-owned Al-Jazeera media giant has been a particular point of friction. Barack Obama tried, with limited success, to take a more balanced approach to the region’s rivalries.

Trump is all in with the Saudis and sees Iran as the region’s biggest threat. On the heels of Trump’s recent visit to the Kingdom, Saudi leadership now feels comfortable enough to aggressively assert Saudi leadership in the region while trying to isolate Iran. Meaning yet more aggressive behavior and volatility coming to the Middle East in short order. 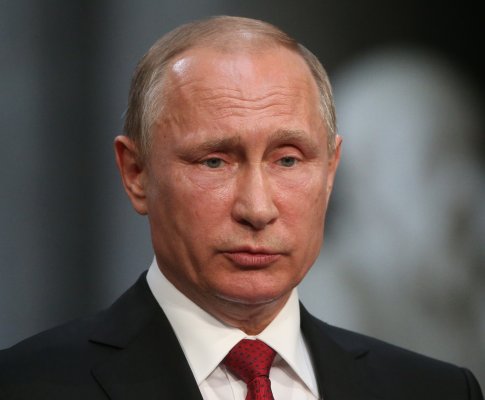 The 5 Overlooked Countries Shaping Russia's Future
Next Up: Editor's Pick