When Rhode Island’s teacher of the year posted a photo of his April meeting with President Donald Trump and First Lady Melania at the White House Oval Office Thursday, it quickly went viral.

The striking picture shows Nikos Giannopoulos holding a lacy fan and wearing a rainbow pin among other meaningful accessories. Giannopoulos says he picked strategic accessories in order to pay tribute to the LGBTQ community during the photo opportunity with Trump.

Giannopoulos posted the photo on Facebook where it scored 1,300 likes and 519 shares as of Friday afternoon.

The teacher explained why the look was so important to him in another viral post he shared in April, which included a group photo with other state teachers of the year and a painterly portrait in front of the White House.

He continued with a passionate message about his pride in queer identity:

According to Giannopoulos, he did not have the opportunity to speak with POTUS about policies affecting LGBTQ Americans during his visit as he’d hoped.

One of New England’s finest this year, he’s a Renaissance scholar of sorts. “Mr. G,” as he’s known to students, teaches algebra, chemistry and filmmaking in the inclusive co-teaching model that addresses students of all abilities including those with special needs, according to WPRO. For his extracurricular activity, he’s the Gay Straight Alliance coordinator.

He advocated for students who didn’t always fit in at a June ceremony where he accepted his award.

Below, see his posts about his White House visit. 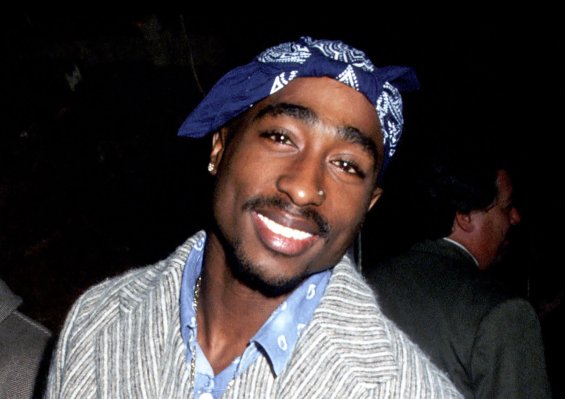 Watch This News Broadcast Work Tupac Lyrics Into Everything in Honor of His Birthday
Next Up: Editor's Pick