How Posting A Facebook Picture Saved a 3 Year Old's Sight

Turns out posting Facebook pictures can have more tangible benefits than temporarily boosting your self-esteem. Tara Taylor posted a photo of her daughter Rylee on Facebook after the 3-year-old Pinterest-user-to-be got creative with hair ribbons, and she got something more useful than some likes.

Taylor told a Memphis CBS affiliate that her friends commented, “Hey, I’m sure it’s nothing. It’s probably the lighting, but your daughter’s eye is glowing and you might want to have it checked out because it’s a sign there could be an issue with her eye.”

It turned out that her daughter had Coat’s disease, which can cause blindness in one eye. The condition was caught before vision loss had begun, saving her sight.

Diagnosis via Facebook sounds outlandish, but this isn’t the first time conditions have been caught via crowdsourcing. Michelle Freeman caught her daughter’s eye cancer after a Facebook stalking friend — who happened to be a nurse — flagged something concerning in a photo. While Freeman’s daughter’s eyes should have glinted red in a picture, they were showing up white, which could be a sign of cancer.

When Slate writer Deborah Copaken posted her sick son’s symptoms in a Facebook status, physician friends made a life-saving diagnosis that her doctors had missed. 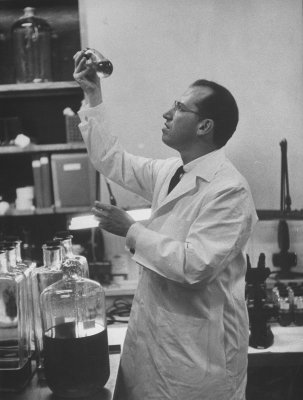 Parents Who Oppose Vaccines Are Not Only Misinformed, They're Spoiled
Next Up: Editor's Pick