US President Donald Trump and National Security Advisor H. R. McMaster board Air Force One before departing from Andrews Air Force Base for Miami, Florida on June 16, 2017.
Photograph by Mandel Ngan—Getty/AFP
By Lisa Marie Segarra

President Donald Trump will announce his plans on a new Cuba policy at a news conference in Miami on Friday.

The President is expected to rollback some of the relations established by former President Barack Obama.

Trump’s new policy is expected to reduce U.S. money going toward Cuba’s military and security forces, while continuing to allow American airlines and cruises to provide service to the island, according to the Associated Press, to maintain diplomatic relations.

Before taking office, Trump called for a full reversal of Obama’s Cuba policy in order to create a “better deal.”

Trump will speak about his policy changes in the Cuban neighborhood of Little Havana in Cuba at 1 p.m. E.T. You can watch it live above 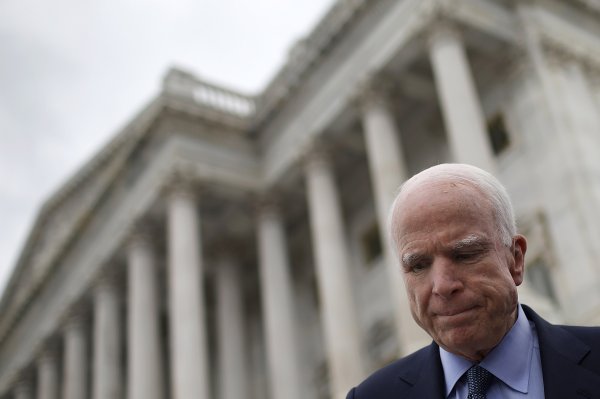 John McCain Thinks U.S. Global Leadership Was Better Off Under Obama
Next Up: Editor's Pick