President Trump appeared to confirm early Friday that he is the subject of special counsel Robert Mueller’s expanding investigation into Russia and the commander in chief. The disclosure came in a confounding tweet, in which he seemed to fire a warning shot at Deputy Attorney General Rod Rosenstein, who is overseeing Mueller. “I am being investigated for firing the FBI Director by the man who told me to fire the FBI Director! Witch Hunt,” Trump wrote. Rosenstein himself released a bizarre statement Thursday warning Americans to be skeptical of anonymous news reports, which only raised more questions about his role and longevity in the job.

Trump is in Miami Friday to announce steps to roll-back the Obama Administration’s opening of Cuba. While he will maintain formal diplomatic ties, the Administration is beginning the process of trying to block funding for Cuban military and intelligence services. It stops short of his campaign rhetoric to completely undo the rapprochement.

Trump is also breaking another campaign promise, with his Department of Homeland Security formalizing that it will not seek to overturn the Deferred Action for Childhood Arrivals (DACA) program which benefits so-called ‘Dreamers’ who were brought to the U.S. illegally as children. Trump promised to undo the Obama-policy. He is, however, undoing the DAPA program, which had deferred prosecution for many parents of those covered by DACA.

The Trump Administration nears an announcement on Afghanistan troop boost. Pence hires outside counsel. And Mueller staffs up.

About 4,000 More US Troops to Go to Afghanistan
Announcement expected next week [Associated Press]

Rattled by Shooting, Lawmakers Want More Personal Protection
Some Republican lawmakers are seeking to carry personal firearms into the Capitol, a proposal that is alarming Democrats [Politico]

“Most of what we actually pass is bipartisan.” — Speaker of the House Paul Ryan on CNN with Democratic Leader Nancy Pelosi at the congressional baseball game

“It’s very routine. Very routine.” — Vice President Mike Pence on his decision to hire outside counsel for the Russia investigation

Tens of Thousands Turned Out for the Congressional Baseball Game [TIME]

‘Most of What We Actually Pass Is Bipartisan’: Paul Ryan and Nancy Pelosi Talk Unity After Shooting [TIME] 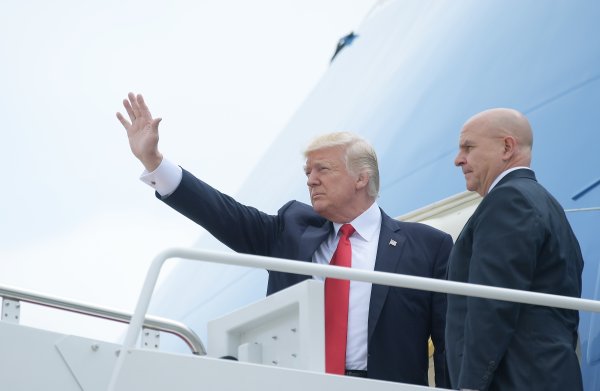 Watch Live: President Trump Is About to Rollback Obama's Cuba Policy
Next Up: Editor's Pick