Russia says it may have killed top ISIS leader

Russia is seeking to confirm whether it has killed top ISIS leader Abu Bakr al-Baghdadi in an airstrike in Syria late last month. The May 28 attack targeted a meeting of ISIS leaders, according to the Associated Press. Previous reports of al-Baghdadi’s death last year had turned out to be false.

Alex Jones, the conspiracy theorist and “InfoWars” radio host, has released “pre-interview” clips ahead of his Megyn Kelly interview, which stirred up controversy this week and prompted anger from families of victims of the Sandy Hook elementary school shooting. Jones published 30 minutes of footage on his YouTube channel late Thursday. NBC is set to air the interview Sunday.

Tens of thousands of people attended the Congressional Baseball Game in Washington, D.C. Thursday in a show of unity for the Republican members of Congress who were shot at during an earlier practice in Alexandria, Va. The bi-partisan charity event raised more than $1 million for charities. The attack left Republican Majority Whip Steve Scalise in critical condition and in need of more surgeries.

Amazon announced that it is buying Whole Foods in deal valued at $13.7 billion.

The U.K. Parliament was put on lockdown after a man was brought down by police.

American college student Otto Warmbier suffered “severe” injuries to all areas of his brain while imprisoned in North Korea. 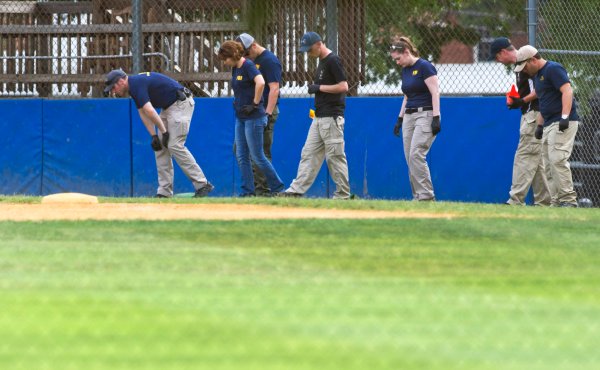