DeMonté Lane is trying to make a name for himself as a rapper. And he’s trying to pick up a date while he’s at it. At least, that seems to be the case based on a recent interaction between an Oakland, CA club attendee by the name of Marissa and Lane. According to Buzzfeed, Marissa was out on the town when she was handed a business card with a request to send a text, although the two parties continued their evenings separately. But when she took the time later to investigate the card, she was highly impressed with the ingenuity evidenced therein.

The card, a double-sided work of art depicting both a photo of Lane and a plethora of methods of contacting him, was too much not to share.

“The card is so next level, I gotta admit the man is truly revolutionary, he’s from the future,” she told Buzzfeed. Once she tweeted out photos of his innovative contact method, the tweet quickly went viral. Fate conspired to bring the two together once again as Lane discovered through a friend that Marissa had tweeted his info, so he slid into her DMs. The ensuing exchange was cordial — but there’s no love story here.

Instead, there’s a career success story for Lane. Because his name and contact information are clear for all to see, he’s been getting hit up by curious minds calling and messaging him. And since every stranger is a potential fan, he’s been sharing his music widely. He may not have expected exposure in quite this way, but he’s certainly taking his moment of fame and running with it.

For romance, however, he’ll have to continue the quest. “I don’t ever really expect anything from it, but you never know,” he said of his business card attempts with the ladies. 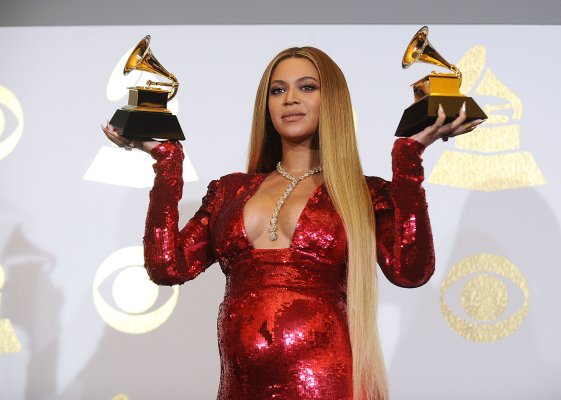 The Funniest Theories About Whether or Not Beyoncé's Twins Have Arrived
Next Up: Editor's Pick