A harbor porpoise, newborn males, found in the southern North Sea, the Netherlands, May 30, 2017.
Deinsea / Henk Tanis
By Melissa Chan

Scientists say they have found the first two-headed harbor porpoise.

The sea animal was dead when fishermen caught it in a net in late May in the North Sea in the Netherlands, according to a study published last week in Deinsea, the online journal of the Natural History Museum Rotterdam.

The baby male porpoise had two “complete and well-developed heads” on one fully formed body and two pectoral fins, researchers said. The animal was about 28 inches long and weighed about 13 pounds. Researchers believe it died shortly after its birth, although they were not sure how old it was.

It’s the first case of conjoined harbor porpoise twins, according to the study. While the condition is known to occur in humans and other domestic animals, it’s very rarely seen in wild animals, especially whales and dolphins, researchers said. There have only been nine other documented cases of two-headed cetaceans.

The scientists said they threw the dead two-headed porpoise back into the sea after it was briefly photographed. 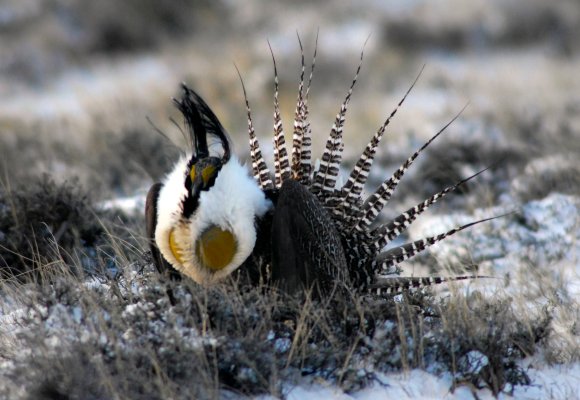 How This Bird Became a Target for the Trump Administration
Next Up: Editor's Pick