Here's What You Need to Know About Legionnaire's Disease

You’ve probably seen an increase in Legionnaires’ disease coverage in the news lately. Legionnaires’ was blamed for the illnesses of four L.A. Fitness gym members in Florida in late May, and a New York City police officer is currently in the hospital recovering from Legionnaires’ as well. (Fellow cops were warned not to shower at a precinct in East Harlem, where traces of the bacteria that causes the disease were found.)

The Centers for Disease Control and Prevention (CDC) also recently issued a warning about risks associated with home water births, which have been linked to two 2016 cases of the disease. And on June 14, Michigan’s top health official was charged with involuntary manslaughter for failing to alert the public about an outbreak, which some experts have linked to the contaminated-water crisis in the city of Flint. Twelve people died from the outbreak in 2014 and 2015.

Here’s what you should know about Legionnaires’ disease.

Legionnaire’s disease is a serious form of pneumonia

From 8,000 to 18,000 people are hospitalized each year in the US with Legionnaires’ disease, according to the CDC. It’s an infectious disease, but unlike other things like influenza and the common cold, it doesn’t spread from person to person; people catch it by inhaling mist from water systems harboring Legionella bacteria. The first known outbreak occurred in 1976, at an American Legion convention in Philadelphia, which is where the name comes from.

Symptoms can show up two days to two weeks after someone is exposed, and can include fever, cough, chills, muscle aches, headache, fatigue, confusion, loss of appetite, and diarrhea.

“It is a true bacterial pneumonia. That’s why it is severe, but at the same time it doesn’t make everyone ill, and it doesn’t kill everybody,” said Dr. Hassan Bencheqroun, an interventional pulmonologist and critical care specialist at Pacific Pulmonary Medical Group in a 2015 interview with Health after an outbreak in the South Bronx killed 12 people and sickened dozens more. “Those that develop the pneumonia and those that die from it are those that have risk factors.”

These risk factors include being 50 or older, having a chronic lung condition (such as asthma or emphysema), smoking cigarettes, taking medication that suppresses the immune system, and having an immune-suppressing illness.

RELATED: 10 Places With Measles or Other Outbreaks

The bacteria can grow in water tanks, spas, and air-conditioning systems

Legionella pneumophila is the strain responsible for 90% of cases of Legionnaires’ disease. The bug lives in the condensers of large air conditioning systems, hot water tanks, whirlpool spas, cooling towers, even ornamental fountains. While low levels of the bacteria won’t lead to an outbreak, “it’s when it multiplies to the level that it would cause disease that we worry,” Bencheqroun said.

“Legionella is usually a rarer cause of pneumonia,” Dr. Belinda Ostrowsky, director of epidemiology, stewardship and infection prevention at Montefiore Health System in the Bronx, said in another interview with Health. “In the Bronx we can see clusters (increased number of cases) in the summer months. Clusters can also be seen at times due to specific environmental sources.”

In the 2015 outbreak, investigators determined that a cooling tower on top of a hotel was the source of the illnesses in the Bronx. To confirm that certain structures are the source of a particular outbreak, medical sleuths must match the DNA signature of the bacteria found at the source to the bacteria that’s making people sick.

RELATED: 14 Types of Food That Can Make You Sick

Antibiotics can treat the disease

Death rates from Legionnaires’ disease range from 5% to 30%. Some patients will get better with just a few days of intravenous antibiotics, while others may need to spend 10 days to two weeks in the intensive care unit, according to Bencheqroun. “Most of these people have an incredible amount of inflammation in the lining of their lungs, so their oxygen level is very low,” he says. Some people may simply need some extra oxygen, while others may need to be on a ventilator.

The good news, Bencheqroun said, is that inexpensive, very effective drugs for treating Legionnaires’ disease are available. “We have excellent antibiotics that treat this pneumonia, and these antibiotics are not complex, third tier, only-accessible-to-the-rich kinds of antibiotics,” he said. “Most of the cases of Legionella pneumonia that we diagnose, we send home, and they restart their life with just a story to be told.” 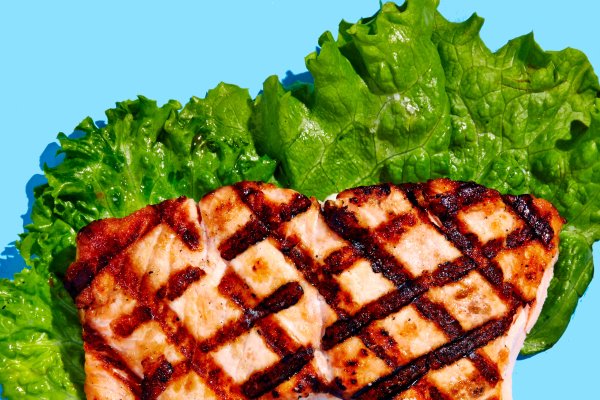 This Week in Health: How Farmers Turn Salmon Pink
Next Up: Editor's Pick